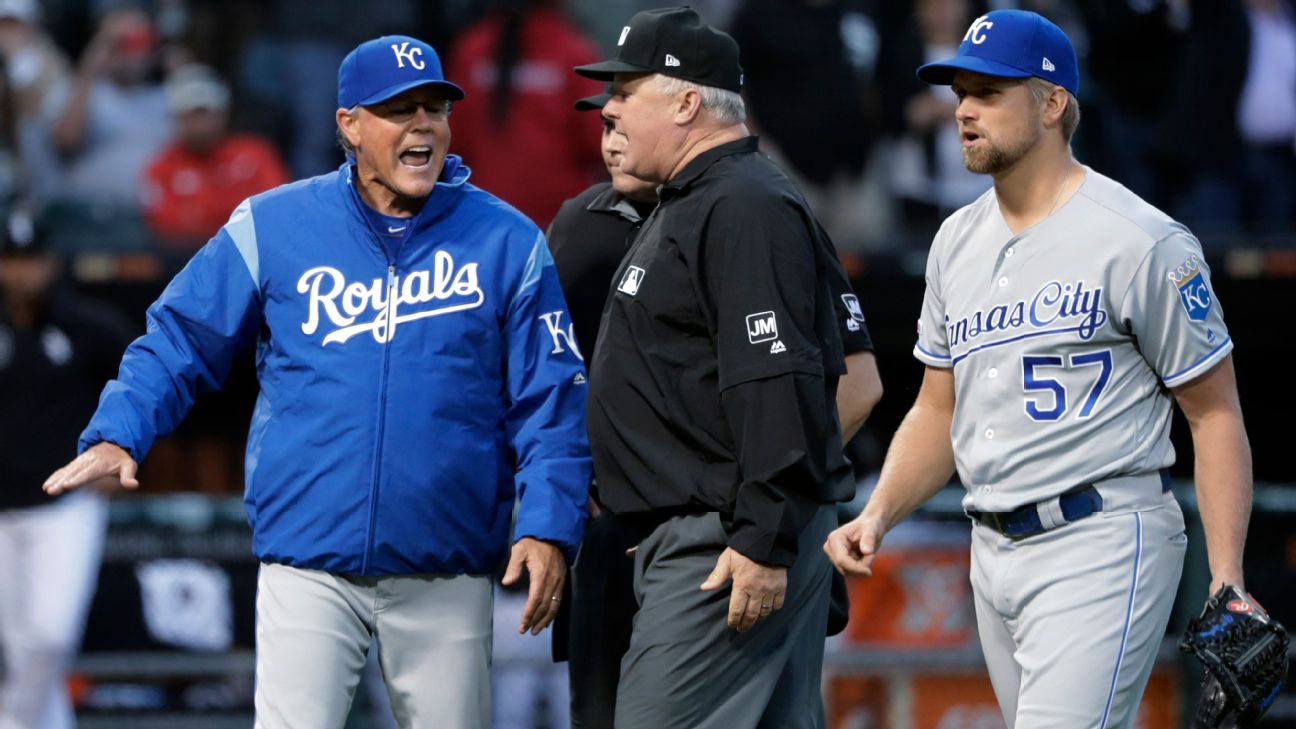 CHICAGO – Even though he didn't think the royal throw him intentionally, Tim Anderson took another pleasure in scoring a revenge.

Six innings after being prayed with a pitch from Kansas City, Glenn Sparkman, Anderson doubled in forward race in the eighth, lifted the Chicago White Sox to an 8-7 victory over the Royals on Wednesday night.

Sparkman beat Anderson in the bill of his helmet in the second with no one out, one runs on the first and the white sox leading 2-1. Anderson's helmet was knocked off his head, and record player Mark Carlson immediately cast out Sparkman.

It was Anderson's first bat in the series. He was acting as a pinch runner on Tuesday.

Last month, he was hit by Kansas City's Brad Keller on the back after a thoughtful bat flip on a home run in his former bat. It was a bench-clearing scuffle. Keller was suspended five games and Anderson for one.

"I think it was just bad timing," Anderson said of Sparkman's pitch. "But it happened and I was able to get a hit to win the game. It was payback. It felt good, man."

Sparkman made his second start to the season.

"Entering this series, we had no enmity against the young man," said Royals manager Ned Yost about Anderson. "Nobody. And to believe that we will deliberately hit him, is ridiculous, one and two, it was a change."

"It was forgotten. He had done his part, we had done our part. It was over."

Carlson spoke to a pool reporter, said last month's event was a factor in the decision.

"We were aware of a previous situation between the two clubs that involved Tim Anderson," he said. "When the pitcher threw the ball up and in and hit him in the head, it creates an awareness for us and we must make a decision on what we will do to deal with this situation."