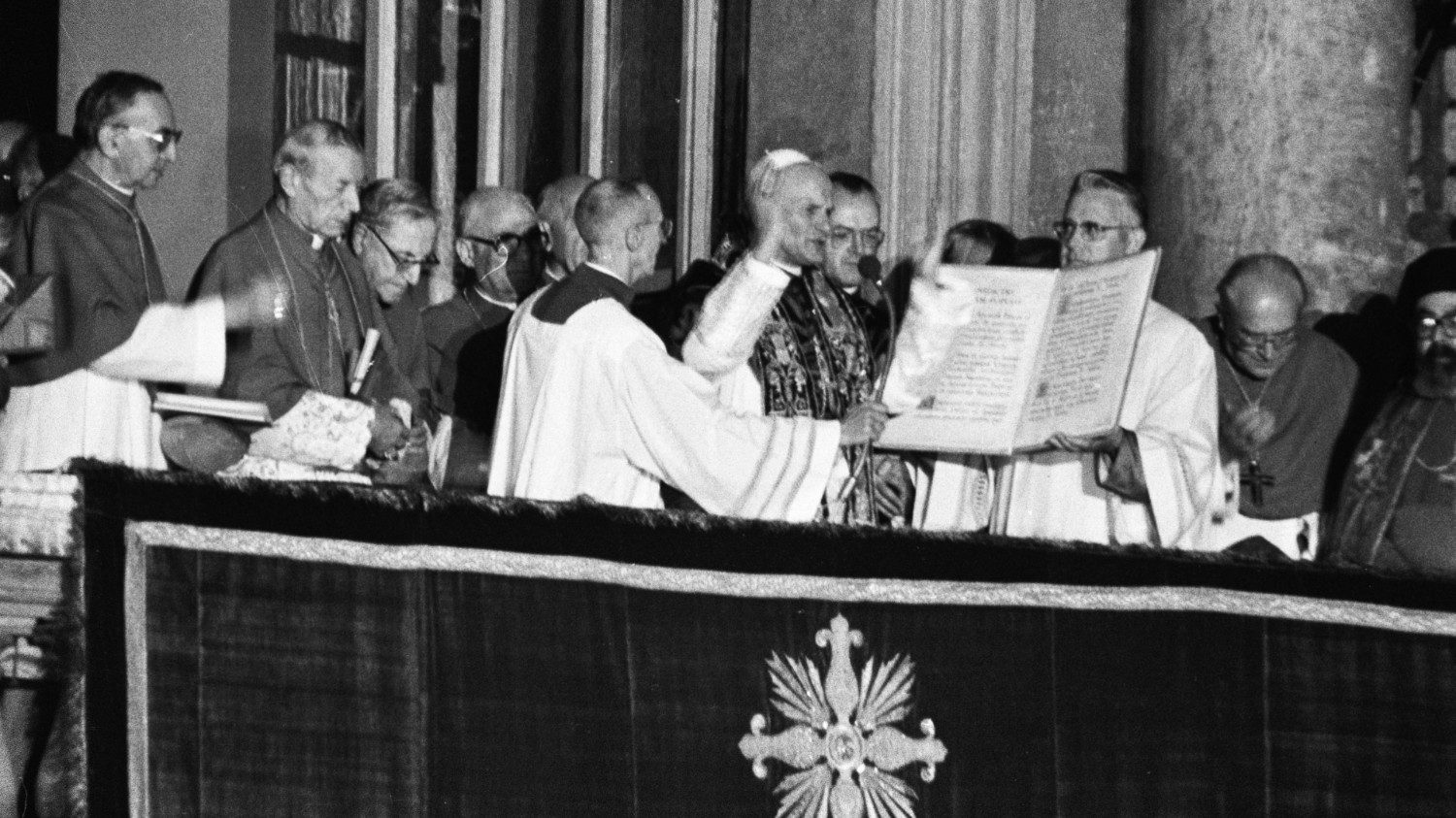 The anniversary of John Paul II’s election to the papacy falls this year on the centenary of his birth: two events celebrated by churches around the world. The Vatican Publishers and Osservatore Romano preserve the memorable moments of the unforgettable evening of October 16, 1978.

October 16, 1978, 42 years ago, was a Monday. It was already dark when at 18:18 white smoke billowed from the chimney of the Sistine Chapel after black smoke had risen seven times before.

After a little less than half an hour, at. 18.45, Cardinal Proto-Deacon Pericles Felici announced the election of Cardinal Karol Wojtyla, under the name John Paul II, to the 264th Pope of the Catholic Church, the Bishop of Rome and successor of Peter.

7;s patron saint. When it was pointed out to him that it was a name that did not fit into the Roman tradition, Wojtyła chose John Paul in memory of his predecessor, Albino Luciani, who died after only 33 days of his pontificate.

First: the memory of John Paul I

Many photos of that October evening 42 years ago remain in our collective memory thanks to the amazing photos taken by L’Osservatore Romano photoshoot (you can request the photos here).

A few minutes before noon. 19, as he looked out from the Loggia over the blessings of St. Peter’s, the new pope introduced himself to the crowds gathered in the square. He reminded everyone of the pain “after the death of our beloved Pope John Paul I” and stressed that the cardinals had chosen the new bishop of Rome, after so many Italians in previous centuries, “from a country far … far away, but always so close on fellowship in faith and the Christian tradition. “He expressed his fear of receiving the nomination, which he accepted out of obedience to Jesus and” in full confidence in his mother, Our Lady most holy. “

“I do not know if I can explain myself well in your … Italian language. Correct me if I make mistakes. And then I present myself to you all to confess our common faith, our hope, our trust in the mother. of Christ and the Church, and also to begin again on this path of history and church with the help of God and with the help of men. “

Celebration and initiatives for the hundredth anniversary of his birth

Even today, everyone around the age of 50 and over remembers the feeling of listening to the first words of a non-Italian pope after many centuries. This is a feeling that the centenary of the birth of St. John Paul II further repeats thanks to the many festivities planned by the ecclesiastical communities of the world.

Of course, there was a party in Karol Wojtyla’s homeland, which on October 11 last year spent the 20th Pope’s day under the motto All your’s.

The Vatican publishing house also celebrated its centenary with the publication “St. John Paul II – A Celebration in Words and Images” (you can buy the book for the 100th anniversary of the birth of Pope Saint John Paul II here).

Introduction of the church in the third millennium

The memories of October 16, 42 years ago, are intertwined with the very long path of a historical pontificate and refer to the strong and free personality who was able to establish a direct and engaging relationship with the Christian people and even further with it. Worldwide.

The Polish pope would later say that the then primate of his country, Cardinal Wyszynski, had told him these days that he, as pope, should be called to introduce the church in the third millennium. And then it happened.

Despite the assassination attempt and the illnesses, St. John Paul II a church that was not closed in itself, but open to meet the challenges of the time with courage: from “Do not be afraid” in the first days of his pontificate to “The depth! – Guide the boat offshore! “From later years, Pope Wojtyla gave us the passion of the proclamation of Christ without fear of a great and troubled world, but always loved by God, even in the third millennium.

(Translated from the Italian original)