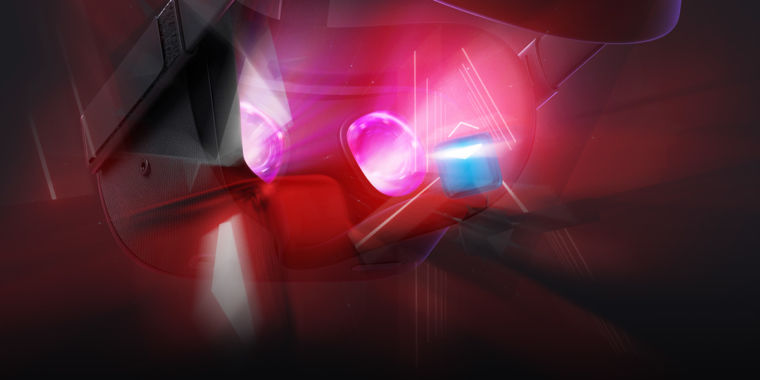 Three weeks ago, I had many positive things to say in my Oculus Quest VR system review. It is wireless, it is simple to use, and runs on the bleeding edge of just enough for engaging "six degrees of freedom" (6DOF) virtual reality.

Thankfully, that review was driven by a variety of pre-release software ̵

1; which means we didn't have to guess how the hardware's strengths and weaknesses bore out for retail games and apps. But in the time since that article went live, Oculus has dumped even more software into our devices.

So much software, in fact, that we decided to do something we haven't done in a while : a launch-day software guide for launching a game platform. The last platform to get such an Ars treatment, coincidentally, was Sony's PlayStation VR in 2016 — but that was a "buy, try, avoid" breakdown of its 14 exclusive games.

What a difference three years makes for the VR ecosystem . Oculus Quest has come out swinging with 14 launch titles that we'd slap a "buy" or "strong try" tag onto. Admittedly, most of these are ports of previous success stories, but for a lot of people who have been for a good enough VR platform to invest in, there is a strong possibility they've never gone hands-on and eyes-on with these titles Thus, let's compromise on the hardware hardware difference – and how its smartphone SoC affects visual downgrades or VR content. Yes, this is a long list, but we hope that its breadth — including productivity apps and some ambitious honorable mention titles — is indicative of the heavyweight aspirations Oculus already seems to have for this one-day-old , $ 400 system

We've been fans of Beat Saber since its 2018 launch, and Oculus Quest has given us a great excuse to reaffirm our love of the rhythm-action game. In March, Oculus let's talk about a near-final build on Quest. And in April, Oculus shipped us retail Quest hardware with Beat Saber queued up for immediate installation.

For the uninitiated, I like to describe Beat Saber (our # 4 pick for 2018's Games of the Year) as a twist on Dance Dance Revolution mapped to virtual reality's strengths and weaknesses. Like in DDR Beat Saber players must hit directional buttons to the beat of music. Unlike DDR Beat Saber 's world shows a grid of upcoming "notes" whooshing in your direction as if they're real. Also, unlike the foot-centric DDR you have to strike these notes with your hands-on, technically, with virtual light sabers.

The game is simple to understand, exhilarating to play, and scales incredibly well to Oculus Quest. Pitch-black worlds explode with neon atmosphere, showing off the system's gorgeous OLED panel. Geometry is clear yet simple, so that the frame rate always runs at a smooth, 72fps max. And Quest's built-in tracking system keeps up with wild hand motions, as proven by nearly a full month of pickup Beat Saber sessions.

The toughest selling point on this version is its limited song selection. The game's PC version benefits from a fan-driven slew of custom, free-to-download songs, but nothing like that exists on Quest beyond paid DLC. (We'll have to see if passionate fans take advantage of Quest's Android side-loading support for coming up with a solution.) Personally, I'm a fan of the official soundtrack's cheery, high-tempo techno, but if you come to this expecting the song variety of series like DDR or Rock Band, you're singing the wrong tune.

I've caught hell for throwing the term "killer app" around in the VR space, but I still feel strongly about 2016's Tilt Brush selling the original HTC Vive's potential. It's the "six degrees of freedom" (6DOF) version of Microsoft Paint, in terms of putting accessible, rudimentary tools in new users' hands to teach them VR's basics.

The best thing I can say about this app is that it's corporate owners at Google not summarily killed its awesomeness. Tilt Brush on Oculus Quest sees painting app country with three years of new features and updates intact, only now with the perk of doing it all wirelessly.

As of launch, however, something is up with the app's performance. This is easiest to confirm by going through a featured gallery of commissioned Tilt Brush creations, which range from tiny to massive, and seeing a frame rate disparity between all of these. I've peeked at tiny, fluffy dogs while struggling with frame-rate drops, and I've walked through large crowds of life-sized sculptures with the frame rate barely breaking a sweat. My guess is certain brush effects (sometimes attached to flashes and animations) are wreaking havoc on the Quest's Snapdragon 835 SoC. (There may also be a bug to Oculus Quest's "chaperone" boundaries popping up and disrupting performance.) Tilt Brush team issues a patch, expect the app's "walk through other people's art" perk to fall a little flat. In good news, that leaves the basic act of wireless, room-sized sculpting intact. I couldn't make the Oculus Quest judder while building my own Sam-sized pieces of art. That is admittedly an anecdotal assurance of the app's performance, but I think it's a good indicator of the app's quest optimizations working where they count. I'm hopeful the Tilt Brush team's reputation for updating the app comes through in terms of fixing these launch-day judders.