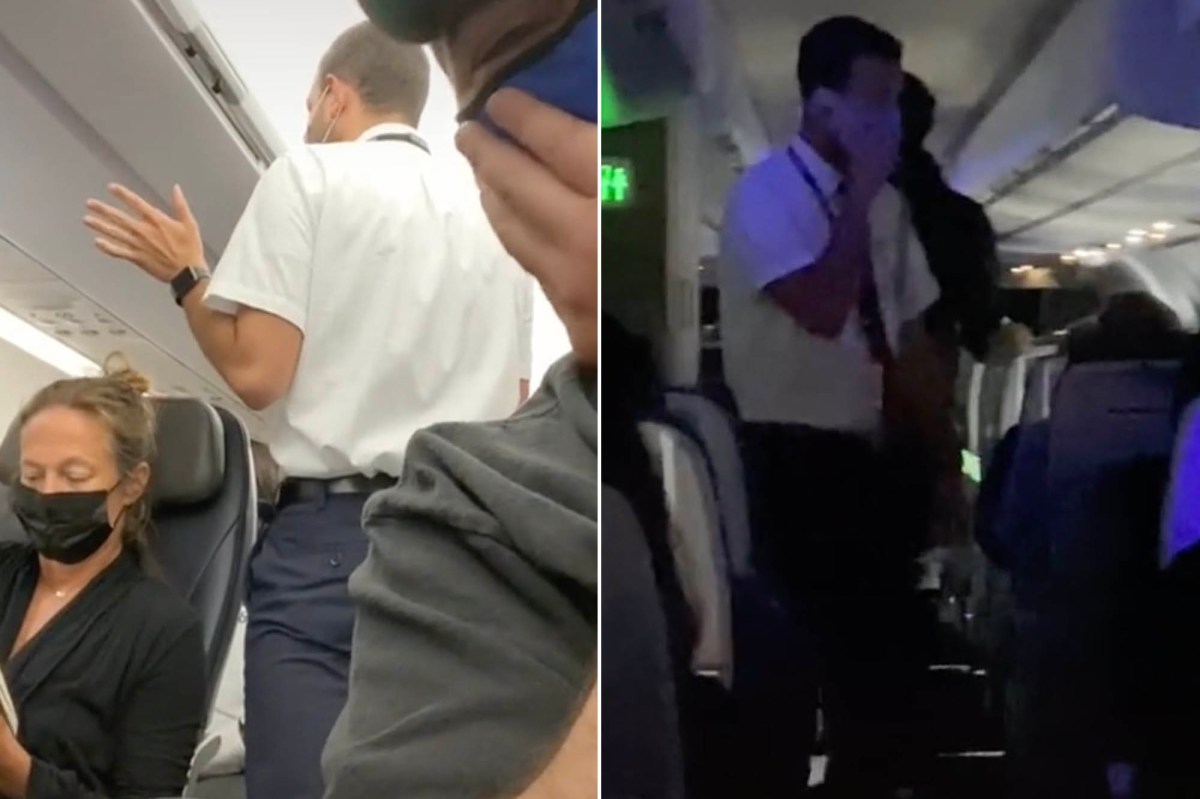 An American Airlines airline was caught on viral TikTok video footage of passengers verbally abusing the crew after the plane was diverted in bad weather.

In the viral clip, a 22-year-old man on the Monday flight from LA to Charlotte, North Carolina, calls a female flight attendant “a fat gorilla” and also threw obscenities at her after she asked him to wear a face mask.

“There was absolutely no excuse for it,” musician Brent Underwood, 39, from the band 87 & Pine, who recorded the video, told the Charlotte Observer.

“It does not matter what you look like. Everyone deserves respect. And everyone deserves to be punished just for being such a rude person. Why would you call a person a fat gorilla? ”

Bad weather forced the flight to divert to Raleigh Durham airport, where it sat for three hours and was refueled, according to the paper. It had circulated Charlotte Airport for half an hour earlier.

When a male flight attendant announces that the plane would return to Raleigh if passengers do not behave, a woman sarcastically complains that the crew members were just bored because they had not eaten, the video shows.

“Give them a Snickers!” shouts a passenger.

While sitting in Raleigh, only water and cookies were available on board, Underwood told The Charlotte Observer, adding that the flight had two male and three female companions.

“Like you, we have not eaten either,” the male flight attendant is heard telling passengers. “We have taken you into account throughout the flight. We do it because we love this job.

“But the fact that we are being insulted and abused by passengers over things we cannot control is outrageous,” he says.

“We’re just trying to go to Charlotte,” the attendant adds. “But shame on the passengers who have made this flight a living hell for flight attendants.”

His comments were met with applause in the cabin.

“Flight crews on @officialamericanairways are done with your bs!” Underwood wrote on TikTok with the hashtags #AmericanA Airlines, #facemask and #dumbcustomers.

“The flight crew did absolutely nothing wrong,” he told the observer. “They were more professional than I would have been.”

The airline told the outlet in a statement: “We take our customers’ health and safety seriously and our crew members work hard to maintain the federal mask mandate that remains in force in aircraft and at airports.

“We value the trust our customers place in our team to care for them throughout their journey, and we expect those who choose to fly with us to treat each other – and our team members – with respect,” it added.

None of the passengers were removed or arrested, according to the report.