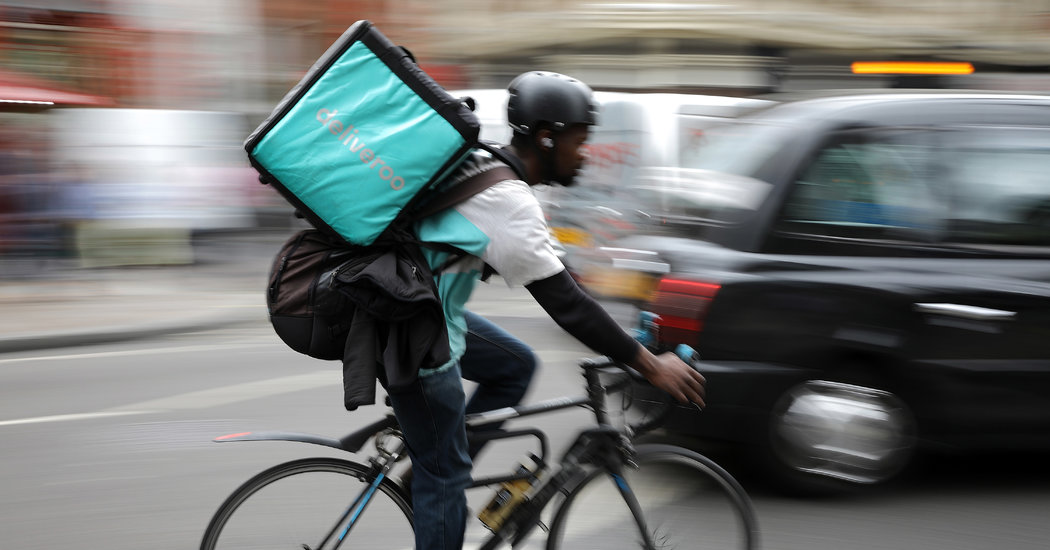 LONDON – Britain's competition regulator said on Friday that it had begun an investigation of a $ 575 million investment led by Amazon in London's food delivery service Deliveroo, the latest effort by a government to potentially control the reach of a technology fight.

In an order, the country's competition authority said it had reasonable grounds to suspect that Amazon and Deliveroo "ceased to be different" companies or that they would essentially merge if the investment were to go through. [19659002] The work on the investment was commissioned interrupted pending the regulator's investigation of whether it involved competition problems.

In the United States, federal regulatory authorities and lawmakers are studying whether Amazon, Facebook, Google and Apple have broken antitrust laws. And their European counterparts, long regarded as more active in the enforcement of the competition rules, have also intensified control.

Now, one of the goals of the study is Deliveroo, one of the largest international companies in providing restaurant dishes.

In May, Amazon announced that it would invest $ 575 million in the six-year-old company whose couriers are well-known in European cities such as London and Paris. (Existing Deliveroo investors, including mutual giants T. Rowe Price and Fidelity, were also part of the investment.)

The query is remarkable because Amazon would only own a minority stake in Deliveroo. And the US technology company is currently not running a restaurant delivery service, having closed its offer in the UK in December and its US one last month.

A number of Deliveroo competitors exist, including Uber and Just Eats.

A Deliveroo spokesman, Joe Carberry, said in a statement that the two companies "worked closely with regulators" for approval of the investment.

A spokesman for Amazon, Tom Parker, said in a statement: "We believe this minority investment will allow Deliveroo to expand its services and benefit consumers through increased choice and job creation as more restaurants gain access to the service. . "