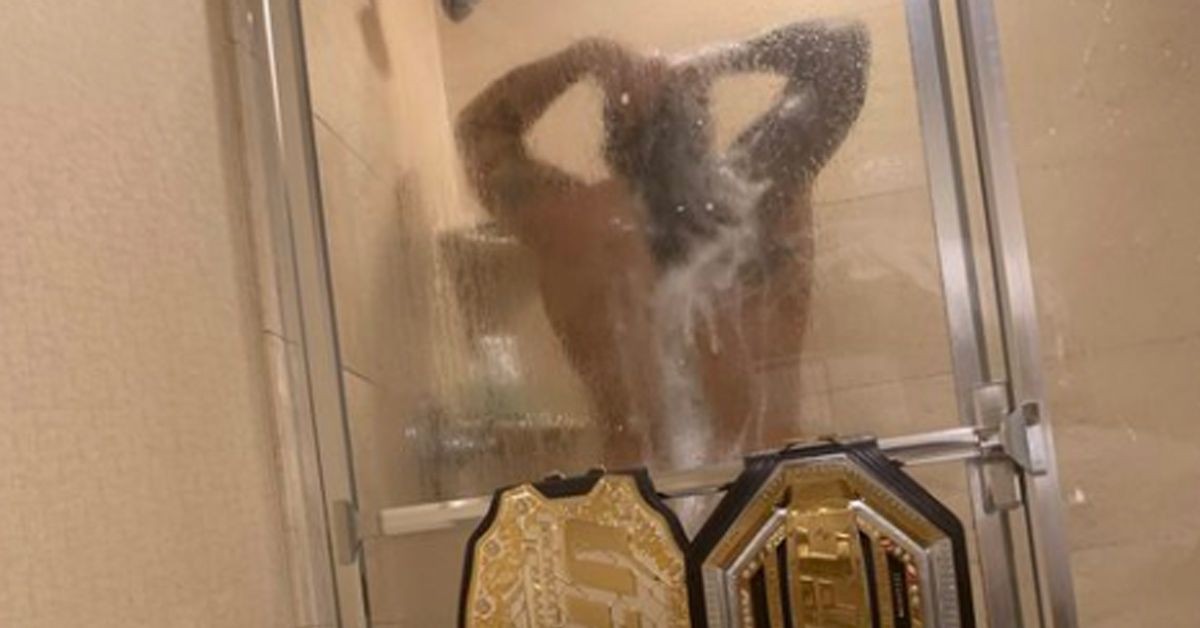 Amanda Nunes is not just the champ champ, she's also quite possibly the best female mixed martial artist ever. But having two belts when you're posting some sexy snaps on social media featuring nothing but skin and belts covering your sensitive bits

That's what Nunes did following her latest huge win over Holly Holm at UFC 239. Nunes adapted beautifully to Holm's technical movement by attacking with precise and precise combos until she fired off a beautiful hook / straight / kick combo that ended with her shin in Holly's face. That earned the first round head kick KO win (watch the finish here).

Like Jorge Masvidal and his flying knee KO or Ben Askren, it was the result of a lot of practice.

”Me and Nina (Ansaroff) started practicing hook, straight and finish with the kick, because I knew she was going to run that way,” Nunes said at the post fight press conference. “Every time before I sleep, we always do it over and over. I might catch here with this one. I might do this. ”

We were just assuming it was Ansaroff that took this steamy shot of Nunes after:

And it looks like we'll be seeing more of Nunes soon too. In a social media tweet released on UFC 239 fight day, it was revealed that Amanda would be included in the next ESPN Body Issue.

This is the first time Nunes has done some sexy shots like this. Back before she had won both belts, she did a single belt pic.

Belt nudies are becoming all the rage, it seems. After defeating Rose Namjunas, Jessica Andrade posted a similar shot with her new women's strawweight title.