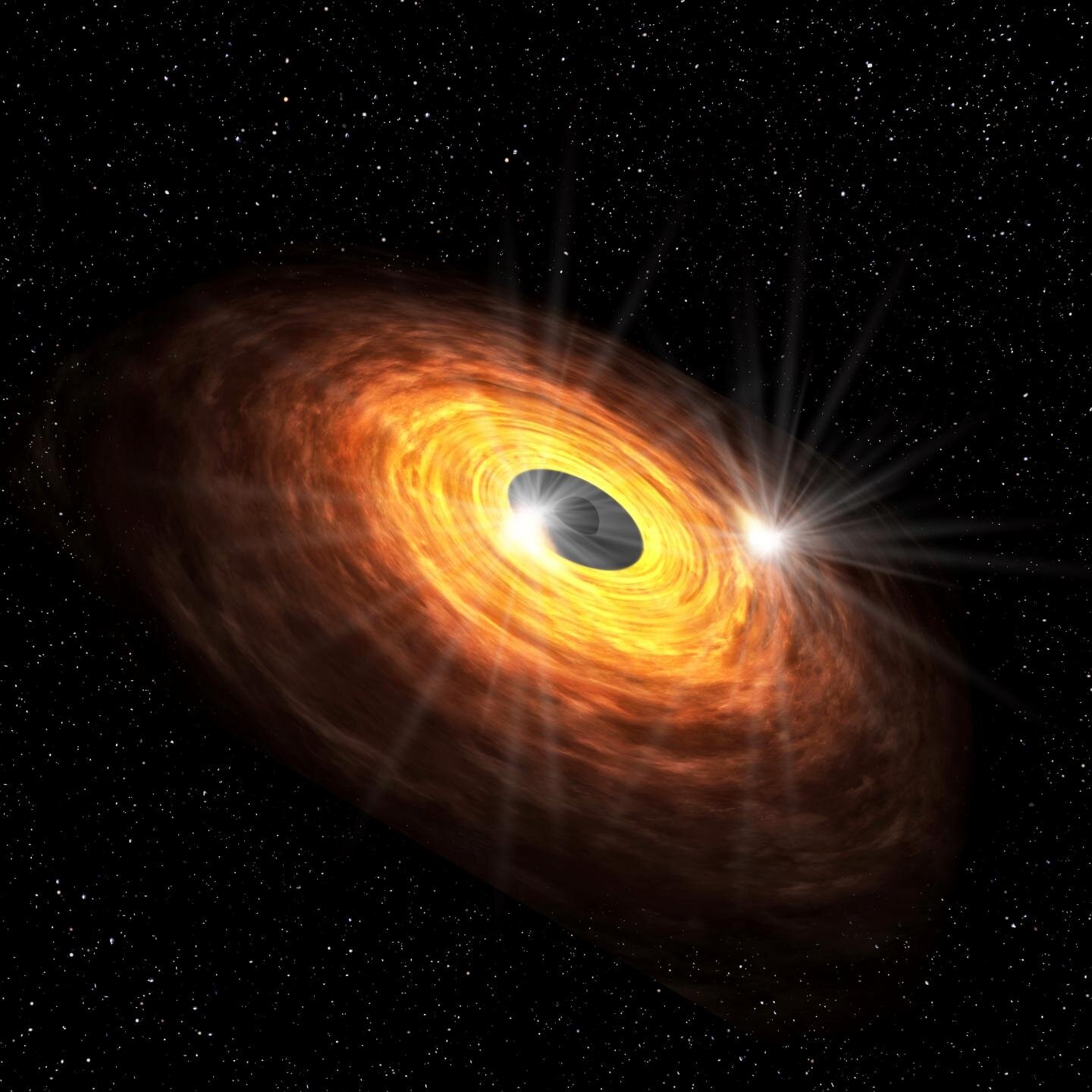 Astronomers using the Atacama Large Millimeter / Sub-Millimeter Array (ALMA) found quasi-periodic flickers in millimeter waves from the center of the Milky Way, Sagittarius (Sgr) A *. The team interpreted that these flashes are due to the rotation of radio spots circling the supermassive black hole with a trajectory radius smaller than Mercury. This is an interesting clue to explore space-time with extreme gravity.

“It has been known that Sgr A * sometimes flares up in millimeter wavelength,”

; says Yuhei Iwata, the lead author of the paper published in Astrophysical journal letters and a graduate student at Keio University, Japan. “This time, using ALMA, we obtained high-quality radio wave intensity variation data of Sgr A * for 10 days, 70 minutes per day. Then we found two trends: quasi-periodic variations with a typical time scale of 30 minutes and hourly slow variations. “

Astronomers assume that a super-massive black hole with a mass of 4 million suns is located in the center of Sgr A *. Flares of Sgr A * are not only observed in millimeter wavelength, but also in infrared light and X-ray. However, the variations detected with ALMA are much smaller than those previously recorded, and it is possible that these levels of small variations always occur in Sgr A *.

The team focused on short time scale variations and found that the variation time of 30 minutes can be compared to the orbital period on the inner edge of the accretion disc with radius of 0.2 astronomical units (1 astronomical unit corresponds to the distance between Earth and Sun: 150 million kilometers). By comparison, Mercury, the inner planet of the solar system, orbits the sun at a distance of 0.4 astronomical units. Given the colossal mass in the center of the black hole, its gravitational effect is also extreme in the accretion disc.

“This emission could be related to some exotic phenomena occurring near the supermassive black hole,” said Tomoharu Oka, a professor at Keio University.

Their scenario is as follows. Hot spots form sporadically in the disk and circle around the black hole, emitting strong millimeter waves. According to Einstein’s special theory of relativity, emission is amplified as the source moves toward the observer at a rate comparable to that of light. The rotational speed of the inner edge of the accretion disc is quite large, so this extraordinary effect occurs. The astronomers believe that this is the origin of the short-term variation of the millimeter emission from Sgr A *.

The team assumes that the variation can affect efforts to create a picture of the super-massive black hole with the Event Horizon Telescope. “In general, the faster the movement, the more difficult it is to take a photo of the object,” says Oka. “Instead, the variation in the emission itself provides a compelling insight into the gas movement. We may be witnessing the very moment of gas absorption at the black hole with a long-standing monitoring campaign with ALMA.” The researchers aim to compile independent information to understand the mystifying environment surrounding the supermassive black hole.

Delivered by
National Institutes of Science

This document is subject to copyright. Except for any fair trade for the purpose of private studies or research, no
part may be reproduced without the written permission. The content is provided for informational purposes only.