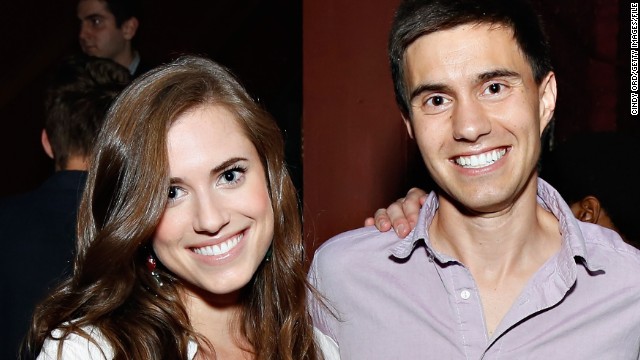 "With mutual love and respect, we have made the decision as separate as a couple. We are grateful for the friendship that we have and will continue to have," the couple said in a statement released Friday to NBC's "Today Show . "

The couple met in 2011 and married in 2015. Van Veen is the founder of the popular website CollegeHumor and currently works at Facebook.

Williams is the daughter of journalist Brian Williams. She played Marnie Marie Michaels on the hit HBO show, "Girls," alongside creator Lena Dunham from 2011 to 2017.

In 2014, she starred as Peter Pan in NBC's live television musical special, "Peter Pan Live,!" and went on to star in Jordan Peele's critically acclaimed movie, "Get Out" in 2017. She currently stars on the Netflix series, "A Series of Unfortunate Events."

CNN has reached out representatives of the two for comment.