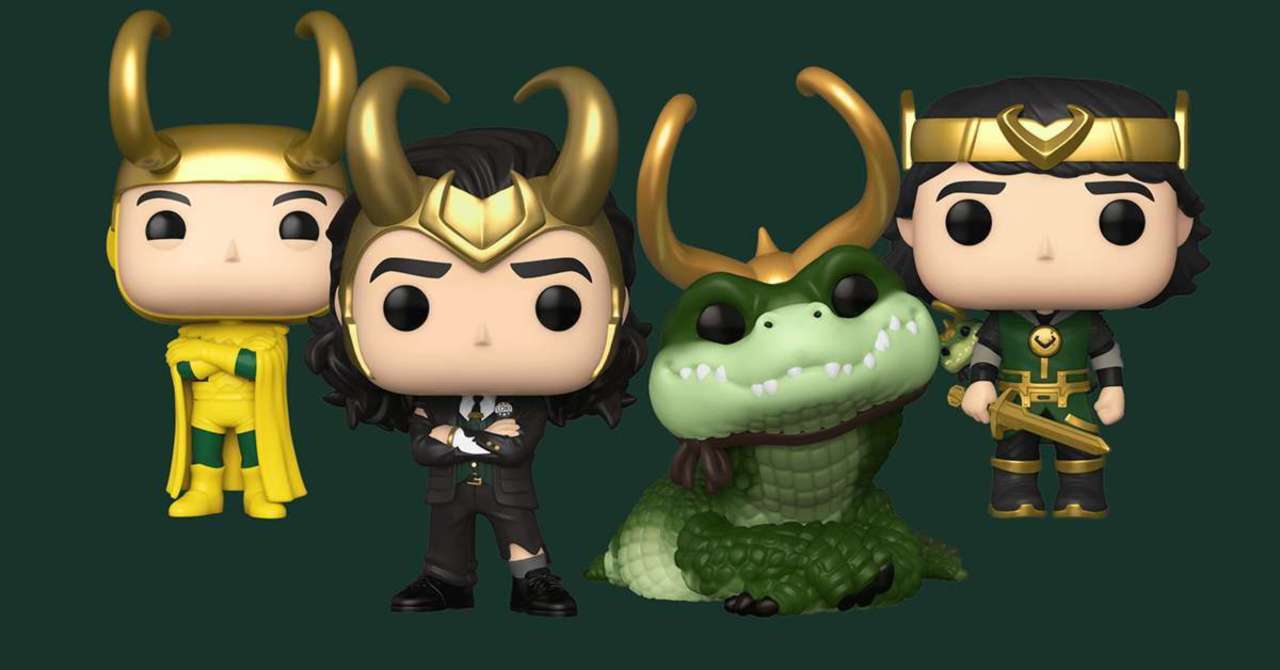 Loki Episode 5 “Journey Into Mystery” debuted at Disney + last Wednesday and it really blew the lid off the show so a lot of weirdness could come out. Some of the weirdness included new incarnations of Loki as Classic Loki (brilliantly played by Richard E. Grant), Kid Loki, Kid Loki (Jack Veal), President Loki (Tom Hiddleston) and everyone’s favorite – Alligator Loki. Of course, Funko has pop figures ready and waiting for Marvel fans and collectors.

Marvel debuted the Loki Episode 5 Funko Pop lineup via their Marvel Must Haves program. However, pre-orders of the pop figures have not gone live at the time of writing. That said, history has proven that Funko probably won’t be sitting on these releases for long. If they do not launch by the end of the day today, there̵

7;s a good chance we’ll see them tomorrow, July 9th. This article will be updated with pre-order information when it becomes available. Stick around. In the meantime, you might want to grab the amazing Jumbo Galactus Black Light Funko Pop PX Exclusive that was launched today.

Note that Marvel also revealed the pop characters based on the upcoming Marvel Studios animated series What if …? Today. Again, we anticipate that pre-orders for these numbers will be live soon – probably within the next 24 hours.

The only question is, are all four Loki Pop characters regular releases, or will some of the Pops be exclusive? If Alligator Loki ends up being an exclusive retailer, expect a big run on it. We suggest you follow this pop figure first.

Loki is streaming on Disney + now. New episodes air every Wednesday, though next week’s sixth episode will be the last of season 1.

Note: If you purchase one of the amazing, independently selected products mentioned here, we may earn a small commission from the retailer. Thank you for your support.