All fans banned from the Olympics in Tokyo as COVID cases rise, delta spreads 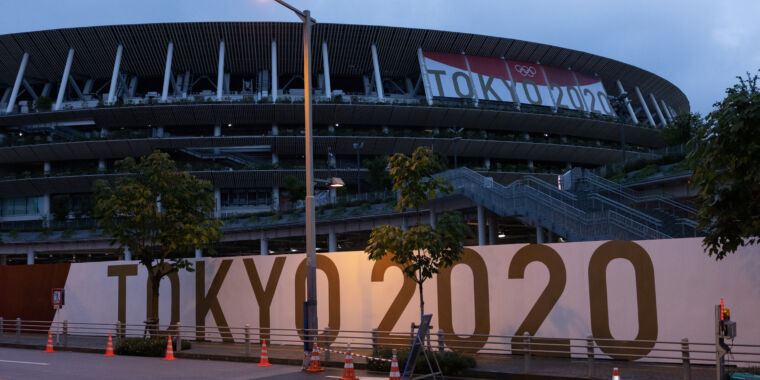 Both foreign and local sports fans are now prevented from attending the Olympic events in the Tokyo area as COVID-19 cases cross the city and the highly transferable delta variant continues to spread.

Olympic officials accepted the domestic spectator ban during a meeting Thursday with Japanese officials who also declared a state of emergency in the world’s most populous city due to the rise in infections. The state of emergency is set to take effect on July 12 and run until August 22. It covers the entire Olympic Games, which are scheduled to run from July 23 to August 8. The Paralympics begin August 24th.

The spectator ban is just the latest twist in the controversial effort to host the games amid a global pandemic that has killed 4 million people. The games were postponed from 2020 due to coronavirus, and medical experts and the Japanese public have pushed back against the plans to continue with the plans.

In March this year, the organizers announced that foreign spectators would be banned. But in June, as cases of COVID-19 were in decline in Japan, officials discussed plans to allow a limited number of local spectators to attend in person. These plans were thwarted as cases again began to climb upward in recent days.

The seven-day average of daily new cases in Japan has risen 17 percent in the past two weeks, with nearly 2,200 cases reported in the country on Wednesday. Tokyo reported 920 of these cases, the highest number of cases in the city since mid-May. Meanwhile, Japan’s vaccination efforts have struggled with only 15 percent of the population fully immunized.

“Taking into account the impact of the delta strain, and in order to prevent the re-emergence of infections from spreading across the country, we need to intensify virus prevention measures,” said Prime Minister Yoshihide Suga.

Amid unrest over the influx of thousands of athletes and other Olympic visitors, such as sponsors and judges, health experts in Japan are concerned that infections are spreading from Tokyo to other prefectures.

In addition to banning spectators, Prime Minister Suga asked bars and restaurants not to serve alcohol during the emergency in an attempt to crack down on Olympic celebrations.

“The infections are in their expansion phase and everyone in this country needs to understand the seriousness of it,” said Dr. Shigeru Omi, a top government medical advisor. Omi had previously supported a spectator ban and called hosting the Olympics during a pandemic “abnormal”, notes the AP.