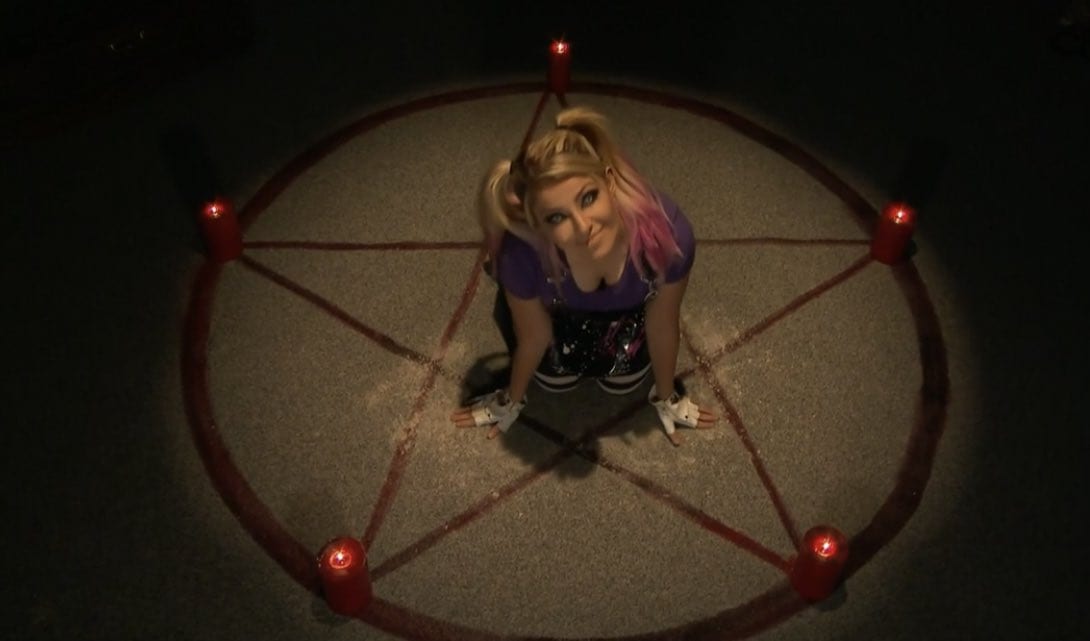 Alexa Bliss spoke with Mike Jones of DC101 to promote WrestleMania this weekend. Bliss noted that apart from “The Fiend” Bray Wyatt vs. Randy Orton, the fight she is most interested in is The Miz & John Morrison vs. Bad Bunny & Damian Priest. Bliss admitted that she is very interested in seeing what Bad Bunny can do.

“And I’m excited to see Bad Bunny perform. He has trained really hard. He was one of the people who first appeared, started training and preparing because he is such a big WWE fan. ”

It has already been announced that WrestleMania 38 next year will only return to only one night next year. Bliss, however, thinks it would be a good idea to hold WWE̵

7;s showcase as a two-night event.

“I’m really excited because I want the energy to be so much higher,” Bliss said. “When it was a night, there’s later fights at the end of the night, and you’re like, ‘oh man, we have to wake these people. They’ve been watching the show for about seven hours now! ‘I’m excited, I’m glad it’s two days and everyone can come back updated the next day. ”

Bliss also talked about how she does not feel the nerves of fighting in front of a live audience again.

“For me, I get really nervous when I perform especially in large crowds and know that people are watching all over the world. But when you first hit the ring, it’s your comfort zone. ”

Fiend meets Randy Orton on Night Two in WrestleMania 37 this Sunday. As always, Wrestling Inc. have live coverage of the show as well as the latest news leading up to the event.

You can listen to the interview below:

Carey Mulligan is in a lesbian period drama on ‘SNL’