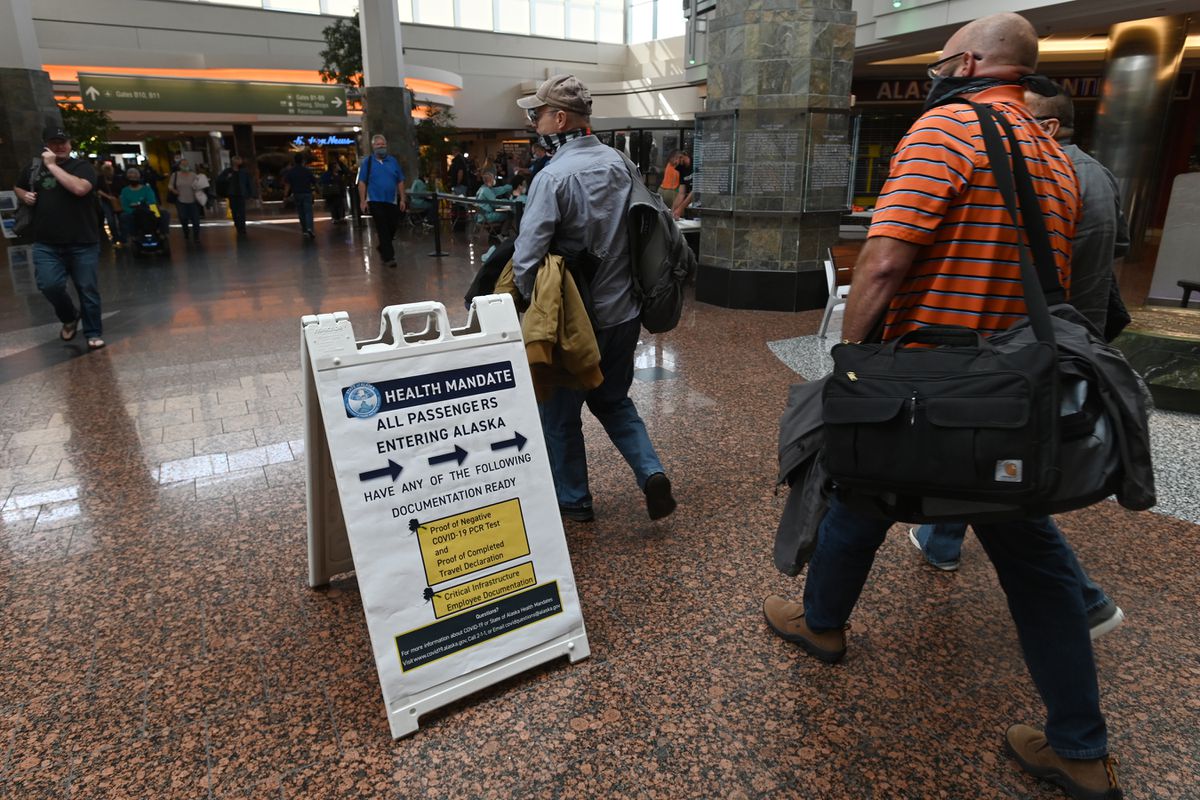 The state of Alaska will begin offering COVID-19 vaccinations to tourists arriving and leaving the state through four of its major airports, starting June 1, government Mike Dunleavy said Friday.

The vaccinations will be offered at Anchorage, Juneau, Ketchikan and Fairbanks airports, said Heidi Hedberg, director of the Alaska Division of Public Health.

She said a “soft rollout” will take place over five days in late April in Anchorage to assess interest.

“Right now we have plenty of vaccines for all Alaskans,” she said when asked if there was enough vaccine for the plan.

The vaccination program is part of a broader effort to encourage Alaska tourism. Other parts of the effort include a multi-million dollar advertising campaign and a $ 150 million request for financial relief for tourism-related businesses.

The utility would require approval from the Alaska Legislature. The advertising campaign uses already authorized money, according to information from the governor’s office.

Without large ships en route to the state and travel over land blocked by Canadian quarantine rules, various organizations and companies have encouraged independent travelers to fly to the state instead.

Information about the state’s advertising campaign is still sparse, but according to the governor’s office, money from last year’s federal CARES Act will be used to “place targeted advertising on national television programs and other means of communication during the spring and summer, encouraging Americans to visit Alaska. as a COVID-secure destination. ”

The Alaska Travel Industry Association runs the state’s existing tourism marketing program. Its president and CEO, Sarah Leonard, said it’s not too late for a marketing push to make a difference in Alaska’s tourist season.

“Due to the pandemic, many travelers have a shorter booking window than usual. They wait until they are more confident in the vaccine rollout and their own health and safety. But that time is now, ”she said.

She said it is important to target the advertising campaign.

Details of the assistance package for tourism-related businesses are still under development. Lieutenant Colonel Kevin Meyer will speak to affected communities over the next few weeks, he said, and the administration will incorporate information from those talks into the final plan.

More is known about the vaccination program, which has been under development at least in late March.

Hedberg said the plan is intended as a method of getting vaccines for both Alaskans and incoming visitors.

“The vaccination clinics will actually be outside security. And that’s the beauty: So for Alaskans who come to welcome their family members who live outside the state, they can be vaccinated at the airport, ”she said.

The Pfizer and Moderna vaccines will be used, she said. Each requires a different dose several weeks after the first.

“We recognize that when individuals come up to Alaska, they may not stay for 21 days or 28 days,” she said, and while she would encourage tourists to come to Alaska, they can get their second shot at home.

If they stay in the state, she said, they would be able to get the second shot at any vaccination clinic, not just the ones taking place at airports.

“Right now, what we are saying is today’s day. Alaskans, please be educated, please be vaccinated, and from 1 June it will be open to these tourists, ”she said.

The program is open to both international visitors and Americans.

“You have some places – even Japan, I think they have vaccinated 1% or 2% of the population,” Dunleavy said. “Look at Alaska, 65 years and older, 66% of our population is vaccinated.”

“We will now open this up so that it is more accessible to all Alaskans and people entering airports,” he said.