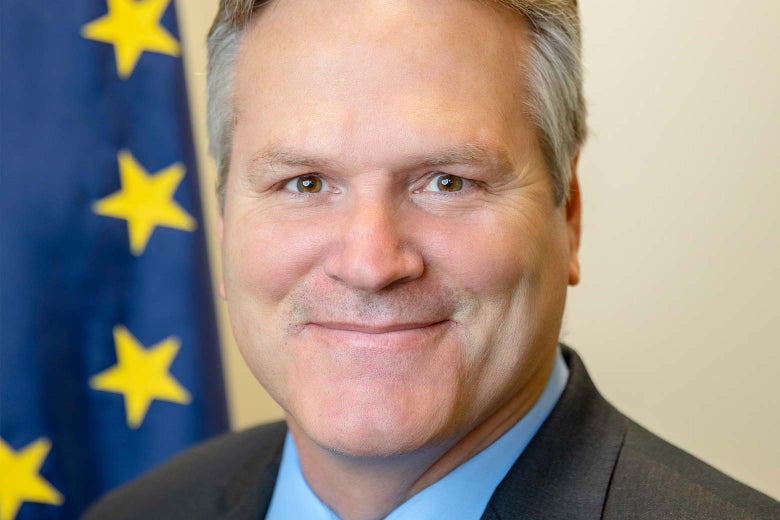 Alaska's Republican governor flexed its veto power in an attempt to slash the state's budget and reduce a massive deficit on the state's reliance on oil and fossil fuel revenues. His target: higher education.

In a move that shocked education leaders across the U.S., Gov. Mike Dunleavy cut nearly 41 percent of the state's higher education operating budget on Monday. Dunleavy's line item veto of the state appropriation bill will impact the University of Alaska system the most, where cuts could add up to $ 130 million. And that's on top of $ 5 million in already approved by the Legislature. About 40 percent of the system's budget comes from state appropriations, and the new cuts will add to already significant student funding reductions since 2016.

James Johnsen, president of the UA system, called the cuts "devastating" in a letter to faculty, staff, and students, adding that it was with "digging concern for the future of the university and our state ”that he was announcing immediate measures to curtail spending at the university. Furlough notices will be distributed to all university staff, and all hiring, travel and new contracts have been frozen. Johnson wrote that layoffs of "a large number of people" are likely to be reversed. "Simply put, if not overridden, today's veto will strike an institutional and reputational blow from which we may probably never recover," Johnsen wrote.

The system's fiscal year started Monday, and the cuts take effect immediately, placing the education of more than 20,000 students at risk. University board members directed Johnsen to prepare a "financial exigency" plan by July 15 that would allow the system to discontinuous programs and entire academic units. In what Johnsen called an "unprecedented" process, the plan would also permit the removal of tenured faculty. As many as 1,300 staff and faculty across the system could lose their jobs, Johnsen told Alaska television channel KTVA. In an op-ed before the governor announced his veto, Johnsen said the system might have to close one or more of its three main campuses.

Professors are warning that dismissing public universities in Alaska could drive students out of state, slow economic growth, and even affect climate change research. University leaders, professors, students, and even the mayor of anchorage are planning to push to lobby lawmakers to override the veto.

I am broken. This should concern everyone in higher ed, who cares about climate change research in the US, or who has been inspired by the breathtaking everythingness of Alaska. This will cause a massive, massive brain drain from the state w / devastating consequences pic.twitter.com/Op1LZV1X1z

Alaska has faced massive budget deficits for several years since the 2014 oil market crash, and it has failed to balance those multibillion-dollar deficits since 2015 amid stagnant oil prices. When Dunleavy was elected in 2018, he promised to pay the deficit without raising taxes or cutting the Alaska Permanent Fund dividend, a unique annual payout to Alaska residents from oil revenue. Dunleavy indicated his budget-slashing would be able to prevent payments to the dividend payments, which have to less than $ 2,000 per person annually in recent years.

Even the cuts to this year's budget, which total amount to more than $ 600 million and also include the state's Medicaid program, will only lower the annual deficit by about half. And in addition to pledging deeper cuts next year, the governor is demanding that during a special session lawmakers provide for a larger dividend payment that would cost an estimated $ 1.9 billion and provide each resident with a $ 3,000 annual check. In a state struggle with the decline of the oil industry, cuts might be expected. But dismantling higher education – that thing we rely on to train people for new careers and research new economic opportunities – while upping payouts from an oil-revenue fund are not. But that's exactly what Dunleavy is doing.

‘America First’ with a twist?