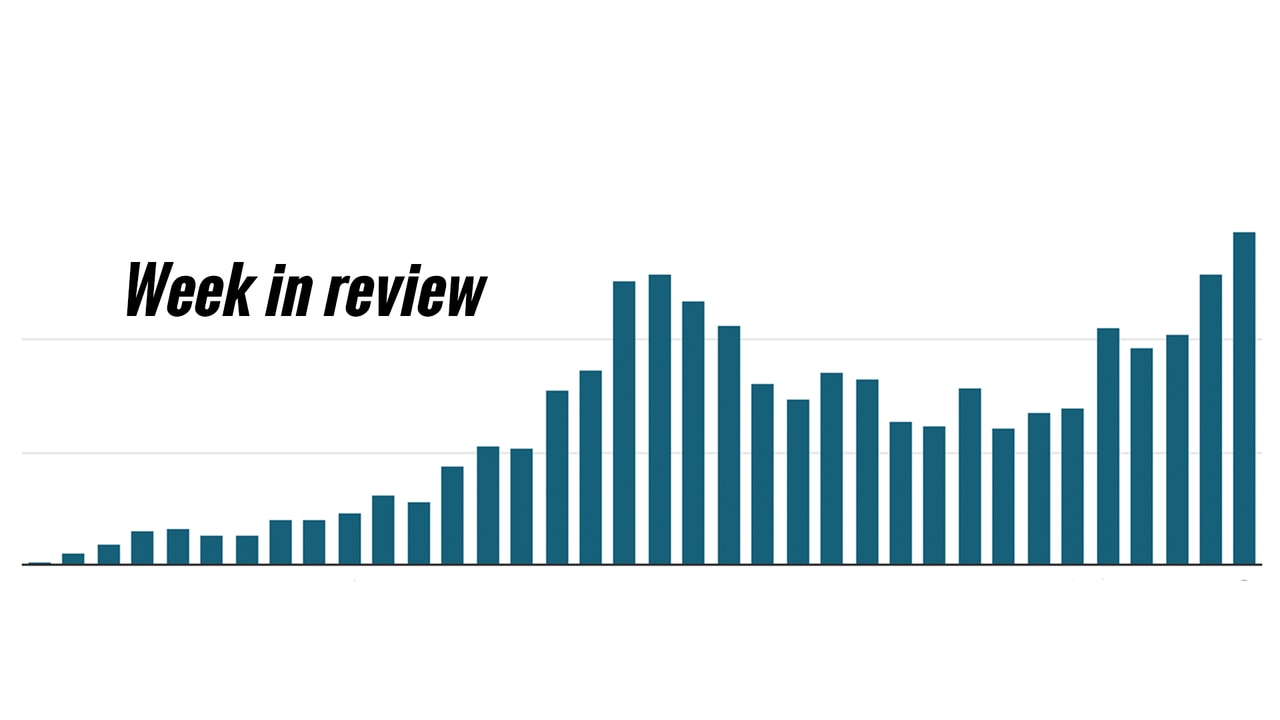 Less than a week after Thanksgiving, Alabama’s Coronavirus outlook has never been worse. The Alabama Department of Public Health reported more new cases of coronavirus and more virus deaths in the week ending Nov. 20 than in any week since the pandemic began.

It was a week full of broken records. The 7-day average for new virus cases in Alabama reached 2,182 per day. Day Thursday, a record high. Alabama broke that record four times this week. The state reported a total of 2,463 new cases on Friday ̵

The Alabama 7-day average actually dropped on Friday despite the addition of 2,400 cases and now stands at 2,108. This includes an average of 1,590 confirmed cases per day and about 518 probable cases.

The main difference between confirmed and probable cases at this time in Alabama is the test used to find the case, with slower, more accurate PCR tests required in confirmed cases, and faster, sometimes less accurate antigen tests that were used for probable.

The state also reported 220 coronavirus deaths this week – a new record – and the first time the state reported at least 200 deaths in a week. It broke the previous record for new reported deaths set last week by 38 deaths.

But it is unlikely that all of the reported deaths this week actually occurred recently, and it is unclear how many are old. The state reported on Nov. 11 that it was beginning a process that would add older deaths to the system, and on Friday, ADPH said the process is underway and that this week’s totals were affected.

According to data on deaths from ADPH, only 146 of the reported deaths occurred between November 1 and November 17 actually in November. The remainder was attributed to other dates earlier in the year or has not yet been assigned a date. 400 of the 3,451 total deaths reported by ADPH have not been assigned dates.

It sometimes takes weeks before deaths are assigned a date or at all that deaths are reported.

While deaths are a delayed indicator, admissions are not. And admissions to Alabama also continue to rise – as they have done steadily since early October.

The state reported that 1,329 people with the virus are currently being treated in hospitals in Alabama on Friday, most since mid-August. The 7-day average for current admissions rose to 1,251, also the highest since August.

It is still far from the record seen here this summer, when hospitalizations hovered between 1,500 and 1,600 for just over two weeks. But the previous increase in admissions drew an increase in new cases about a week, and Alabama’s current increase in cases is even greater.

The state has not increased testing much either. Although the 7-day average for the given tests has risen slightly toward the end of this week, it is not a significant jump, and Alabama’s positivity rate remains high at approx. 22 percent tests that come back positive for COVID-19.

Where are the new cases?

Jefferson County, the most populous county in the state, continues to add the vast majority of cases of a county in Alabama. It added 2,362 new cases this week, bringing the total this year to 29,626 – approx. 13 percent of the state’s total time.

No other county came close to Jefferson’s weekly total. Madison County, home of Huntsville, had the second-highest total of 956 cases this week. Mobile County added 771, and Shelby County just south of Jefferson added 745.

Jefferson County also added the most deaths this week with 37. It now has 491 virus deaths since the onset of the pandemic.

Calhoun County, home of Anniston in eastern Alabama, added the second-best deaths this week by 36. That’s a big increase for a county in size – 32 percent of Calhoun’s 113 virus outbreaks from time to time were reported this week.

You can see how many new and total virus cases and deaths each county has in the table below: