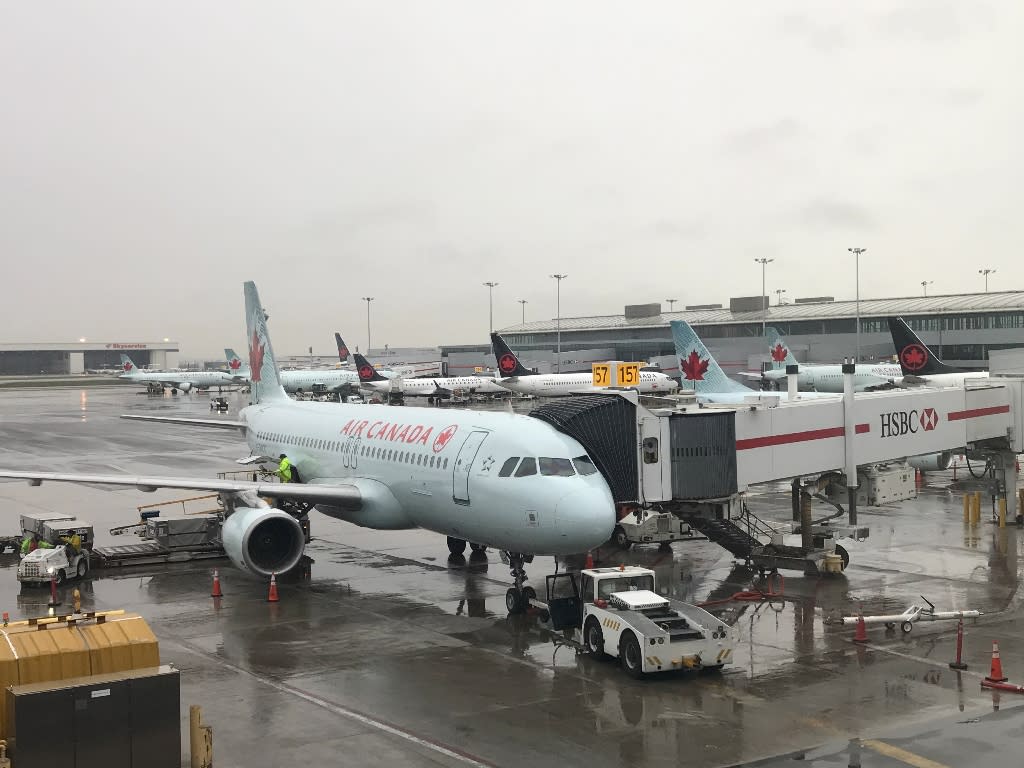 Montreal (AFP) – A woman boarded an Air Canada flight earlier this month, fell asleep after the start and woke up alone in a dark parked plane, apparently forgotten by the ground staff.

Tiffani Adam's story was submitted by a friend on Air Canada's Facebook page, drawing incredible reader responses and a request for details from the airline.

According to the post, Adams fled from Quebec to Toronto Pearson International Airport when she fell asleep with the help of having ended up with a whole host of seats to herself.

She woke up in "pitch black", with the plane landing and apparently being pulled away from the airport after the passengers and crew had departed.

"I think I have a bad dream (because) as serious, how does it happen," she wrote.

She briefly called a friend but was shortened when the phone's battery died.

"I try to focus on my breathing and control my panic attack while I am tempted to charge my phone by connecting to any USB ports I could find," she wrote, but it turned out fruitless because the electricity on the plane was off.

After finally finding a torch in the cockpit, one of the doors managed to open, but faced with a drop of up to 50 meters to get out of the plane.

She then used the flashlight to draw the attention of a luggage driver who arrived to find Adams with his legs hanging out of the open doorway of the aircraft.

"He's in shock and asked how dunk they left me on the plane," she said. "I wonder the same."

Air Canada apologized for the incident, said Adams, but she has not had much sleep since and struggles with night rides.

Air Canada told CTV News that it was undergoing the episode, but declined to offer further details.