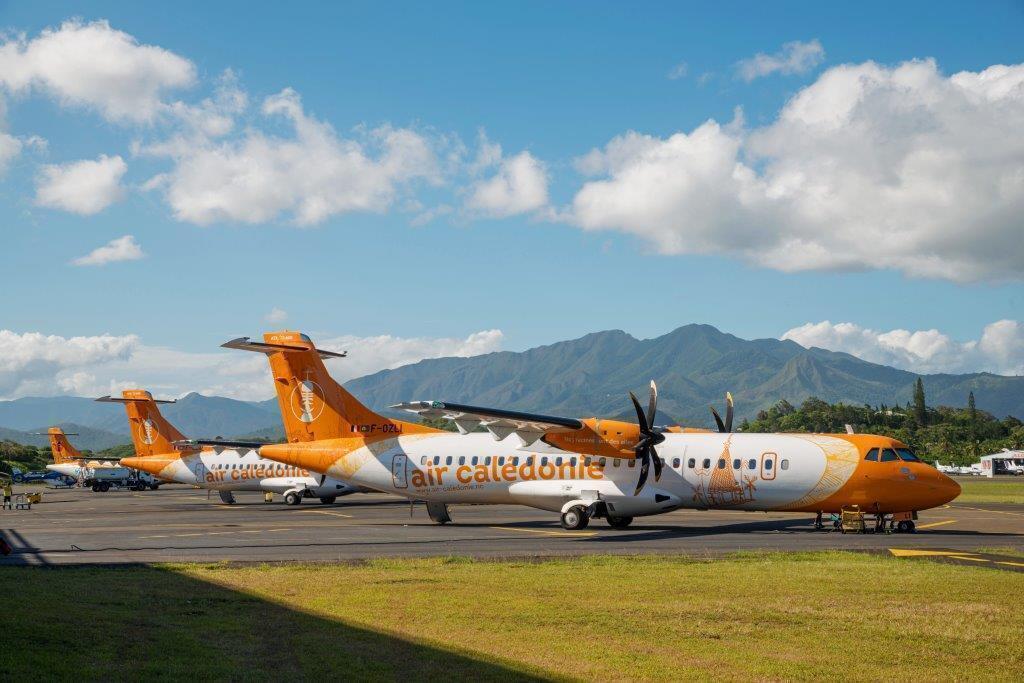 In the last few hours, Air Calédonie has sent its entire fleet to Brisbane, Australia. The airline is protecting its fleet against the incoming cyclone Niran, which has a maximum sustained wind of 204 km / h, according to local reports.

Moving the planes from the path of the cyclone

Currently, tropical cyclone Niran is moving southeast across the Coral Sea toward New Caledonia. Earlier today, the cyclone center was located approx. 980 kilometers northwest of the Belep Islands in New Caledonia. It had a maximum sustained wind of 204 km / h.

According to local sources, Niran is expected to pass along the west coast of western New Caledonia on March 6. The maximum sustained wind can reach speeds of 210 km / h.

Because of this, the French collectivity issued a level 2 cyclone alarm and expects heavy rain, strong winds and high waves.

Air Calédonie, the local airline, wasted no time. According to statistics from RadarBox.com, the airline moved its four ATR aircraft to Brisbane, Australia, on 5 March.

The four planes landed between 18:43 and 20:43, Australian East Time at Brisbane International Airport.

We contacted Air Calédonie for more information. So far we have not received a reply. We will keep you updated if that changes.

What should an airline do to meet a hurricane?

Hurricanes and cyclones can be disruptive to aviation operations. Most of the time we hear about airlines issuing travel departures and canceling flights due to weather forecasts.

But they also protect their planes by sending them to safe locations. Not all aircraft. Flying every plane away from the storm is not very economical, considering that commercial operations cease at the last minute.

Nevertheless, Air Calédonie was able to do this because it has had minimal operation in the last few months. According to RadarBox.com, the ATR fleet with Air Caledónie is on average 1.2 hours of flight per day in the last year.

How do airlines prepare for hurricanes and cyclones?

Fortunately, forecasts can now predict the general traces of a cyclone several days in advance. This allows airlines to make critical decisions and keep everyone safe.

The first step that an airline typically does when a tropical cyclone is expected is to issue a travel waiver, WorldAware said. This allows passengers to protect themselves from unexpected cancellations.

As the storm approaches, airlines begin canceling mass flights and scraping any operations out of airports expected to be hit by cyclones or hurricanes.

Meanwhile, airlines are trying to rebook passengers to previous flights and bring them to safety.

When flying, pilots usually keep free from hurricanes. They do this by either flying over the storms or around.

Nevertheless, flying rarely flies over hurricanes because it also poses an incredible risk and limits pilots’ capabilities in the event of an emergency.

A short story about Air Calédonie

Air Calédonie is a small but historic airline in Oceania. It was founded in 1954 and uses Nouméa Magenta Airport as its main hub.

In its first 60 years of history, Air Calédonie has carried a total of 10 million passengers, the airline said.

It currently has a fleet of four ATR aircraft with an average age of 3.8 years. According to its website, it has three destinations: Pines Island, Loyalty Islands and North Province.

Have you ever traveled with Air Calédonie? How was it? Let us know in the comments.