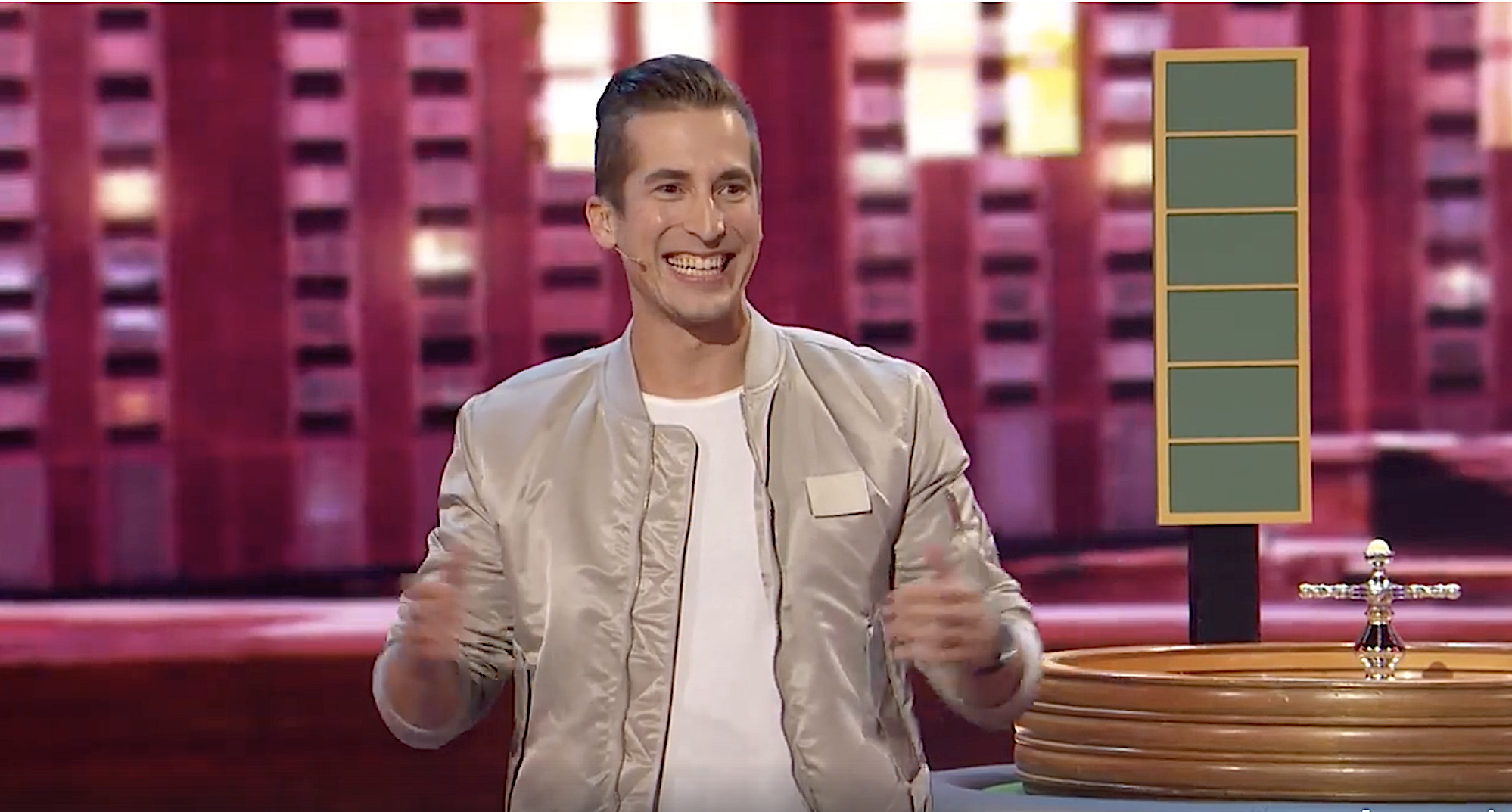 When mentalist / magician Max Major performed America’s Got Talent semifinal Tuesday night, judges Howie Mandel and Sofia Vergara thought his chatty act, which involved asking the cast and audience to pick random numbers, was confusing. But viewers at home were even more confused when it sounded like a member of the show’s virtual audience chose number 13, but Max claimed she had said “14.”

Later, in what was to be his big revelation, Max played a video he had filmed before going live, in which he had predicted all the numbers (including 14) and had polished those numbers over a Universal CityWalk billboard. But… see Max’s entire semifinal routine below, and listen carefully around the 3:08 mark. If that girl in pink really chose 1

3 – a number that actually ended up being a later part of Max’s action via a supposedly random roulette wheel – and not 14, it would have ruined his whole illusion:

Eight fans on Twitter were quick to point out this discrepancy, though the judges (including Heidi Klum, who had been recruited as Max’s stage assistant) strangely said nothing and played along. Hi, I’m pretty sure the audience said 13, not 14 during Max Major’s performance; I call it a scam, I’m disappointed, ”tweeted an annoyed viewer. “Did others clearly hear the little girl say 13 and not 14 during the Max Major #ag performance? “Because I swear she did, which means he did not succeed in his act,” another observed.

The girl on the zoom call said 13 and not 14, then it landed at 13. Something sketchy about it #AGT

#AGT #AGTRe results that maximize big guy are scams. The last lady on the zoom call, he took random numbers from said “13” and he deliberately misunderstood “14”. He messed around on TV.

This was not the first time that Max was called out on social media for a possibly false act. There’s a whole Reddit thread about his quarterfinal routine where a member of the week’s virtual audience claimed they were pre-coached to draw the same picture of a sun. Of course, the whole of Max’s shtick, which he has always been transparent about, involves the power of subliminal persuasion, so that the sun routine fell into more of a gray area. But if Max mishandled “13” as “14” – or worse, pretended to lose his guilt to save his performance – that would be a bigger problem.

Controversy aside, I don’t think Max still had a great chance of advancing to next week’s final with such a slow and anticlimactic act. If the magician had to go through, I would root for this week’s Brett Loudermilk, who successfully drew a bizarre and completely original stunt that involved an endoscopic camera and the suction of a swallowed plastic toy. Now, to was a great revelation that no one predicted! But the judges (especially germaphobe Howie) and the audience seemed so exhausted by the hygienic risks and the close-up of the video tour of Brett’s meaty esophagus that I do not think he will cope either.