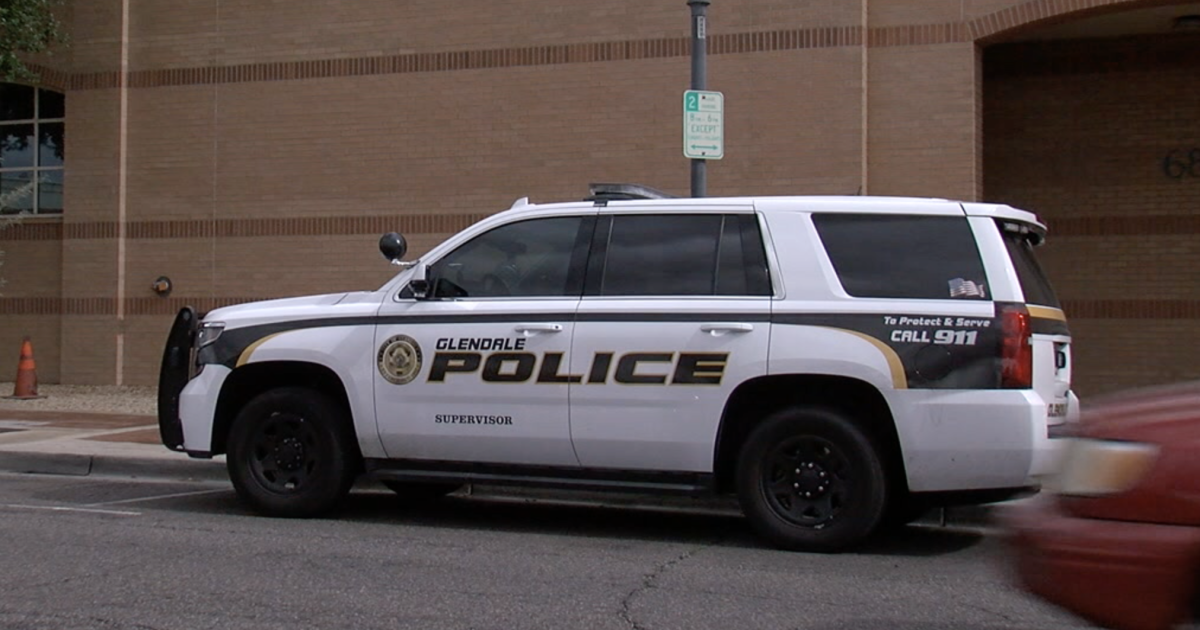 GLENDALE, AZ – Officials at the Glendale Police Department defended its officers who were captured on body-camera video repeatedly shooting a handcuffed man with a stun gun during an encounter in a motel parking lot.

A lawuit vote from the July 2017 allegedly one glendal officer kicked Johnny Wheatcroft in the groin during a struggle, while another officer shot him with the stun gun in the testicles.

Officials refused to let media members bring in cameras or other recording devices, saying that they didn't because their comments were used against them in court.

The police department has acknowledged its officers used stun guns on Wheatcroft and that an officer kicked him during a struggle.

The agency said Wheatcroft wasn't following officers' commands and that Wheatcroft's wife hit an officer in the head with a plastic bag containing full soda cans, knocking the officer to the ground.

During the briefing with reporters, spokespeople for the police department declined to answer several questions, such as whether it was within agency policy to use a stun gun on a person who was handcuffed.

Police say Wheatcroft and his family were passengers in a car that was suspected of a traffic violation.

Agency spokesman Sgt. John Roth said the kick to Wheatcroft was a policy regarding people who are resisting officers.

Nearly all of Schneider's stun-gun use was also allowed under policy, though the officer received a three-day suspension for using on a point when he was cuffed and not resisting officers, Roth said. Marc Victor, an attorney representing Wheatcroft and his family in the lawsuit, said that the video shows Wheatcroft was compliant throughout the encounter.

"This is egregious," Victor said. "That is obvious." The videos show officers asking for identification for the passengers in the car.

When Wheatcroft asked why officers needed IDs, Schneider raised the possibility of taking Wheatcroft to the police station.

The officer also said he saw Wheatcroft stuffing something in a backpack and in the car's seats.

An officer said Wheatcroft was going to fight. "I'm not doing anything, bro," Wheatcroft responded. Eventually, an officer puts his gun on Wheatcroft's shoulder as he tried to get Wheatcroft to lower his head.

Another officer then used his stun gun on Wheatcroft. His wife and two children jailed as they urged officers to stop. While Wheatcroft was sitting on the asphalt and leaning against the car, Schneider shot his gun at Wheatcroft's chest.

The police department said the chest shot with the gun took place after the wife assaulted the officer.

The lawsuit said Wheatcroft screamed in, as officers removed the stun gun's prongs from his skin, prompting Schneider to put his stun gun on Wheatcroft's penis.

The lawsuit quotes Schneider as saying, "Keep fighting and you're going to get it again! You want it again? Shut your mouth!"

Schneider said, using profanity as he told Wheatcroft that he was done brass around. Roth said Schneider didn't shoot at the gun at Wheatcroft's testicles and instead he was hijacked on the high as the officer pulled on Wheatcroft's shorts during a struggle. The police department said there was no proof that Schneider put a gun on Wheatcroft's penis.

The lawsuit said Wheatcroft, his wife and their two kids were traumatized by the encounter.

They are seeking an unspecified amount of money from Glendale.

Wheatcroft was charged with aggravated assault and resisting arrest, but the case was later dismissed at the request of prosecutors. The police department said prosecutors examined the case and declined to charge the officers.