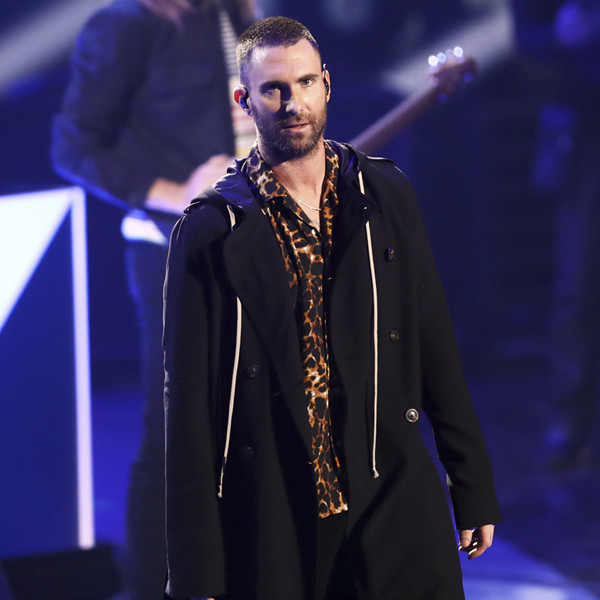 What could make a Pampers commercial with John Legend and his family even couter?

How about … fellow dad Adam Levine acting like a dad.

Maroon Five is headlining the 2019 Super Bowl Halftime Show, appears with a baby, presumably his and wife Behati Prinsloo 's youngest daughter Gio Grace who is 11 months old, in a Pampers ad set to air during the NFL championship. The commercial is part of the diaper brand's new "Love the Change" campaign.

The commercial also features Legend, wife Chrissy Teigen and their kids Luna 2, and ] Milo who is eight months old, as well as a group of other dads with their babies.

Legend and Teigen are longtime celebrity spokesmodels for Pampers.