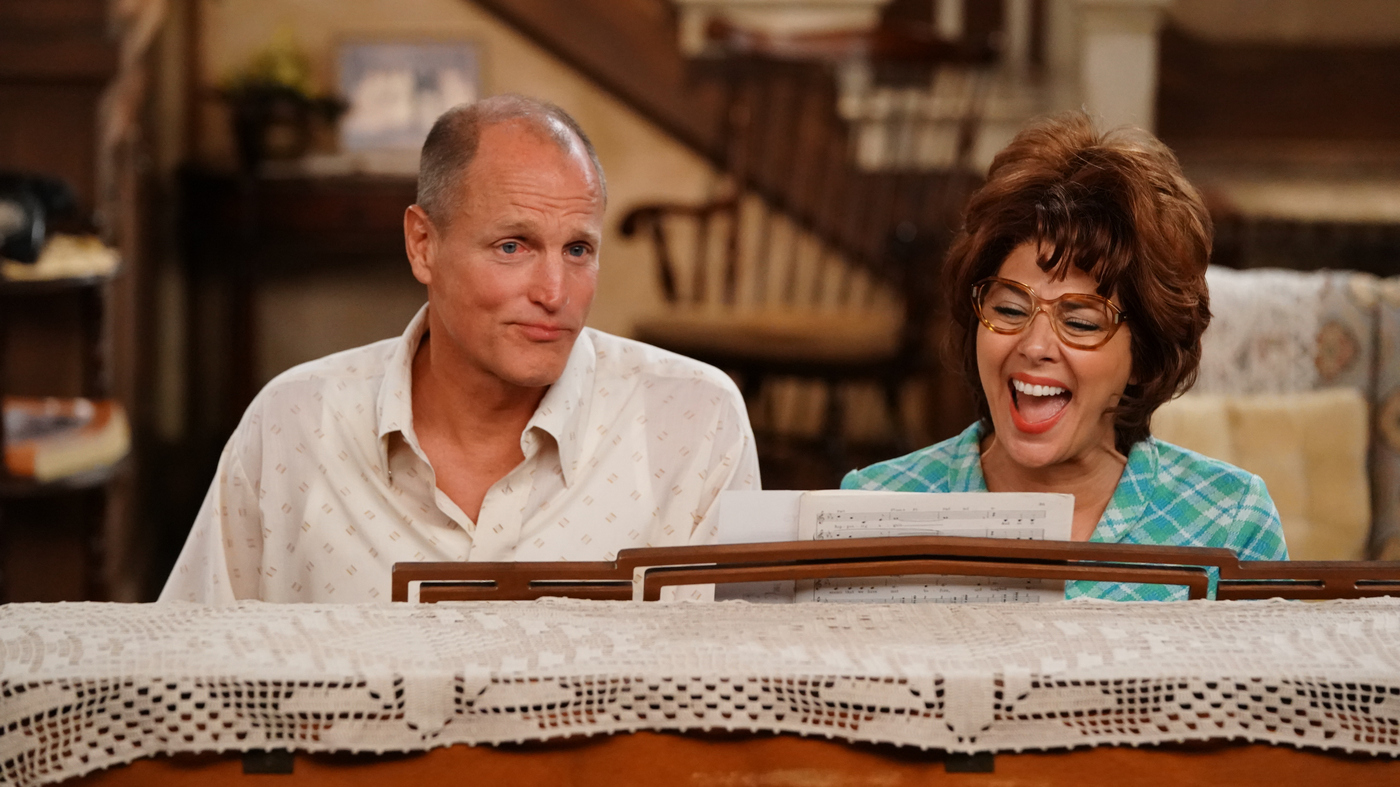 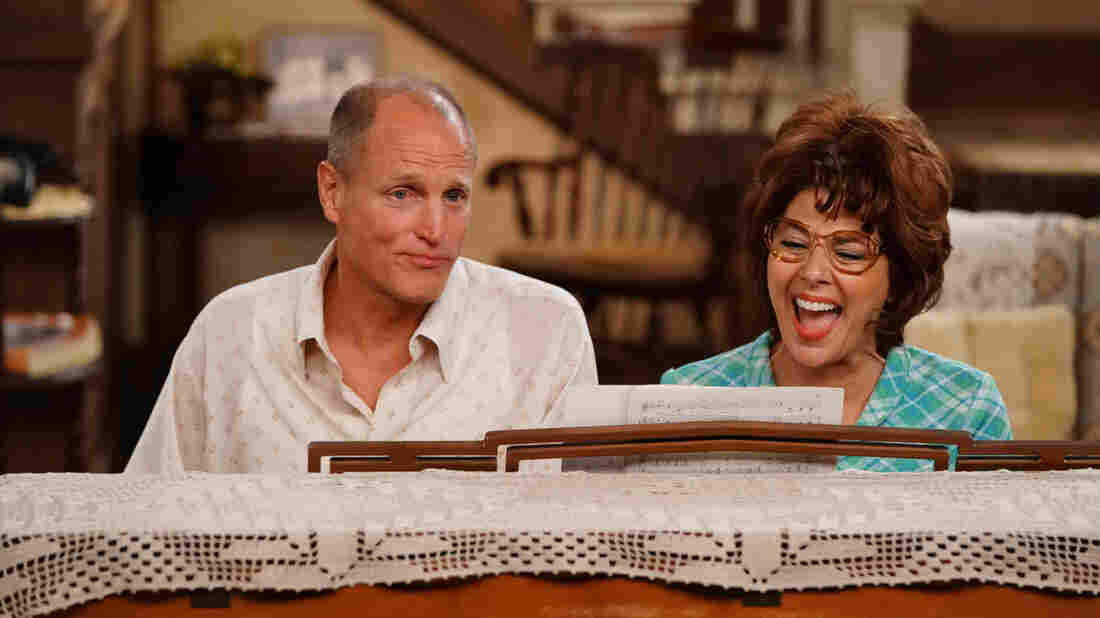 Woody Harrelson and Marisa Tomei star like Archie and Edith Bunker in ABC's restoration of Everyone in the family and The Jefferson's a live event staged in front of a studio audience and broadcast in the television's primary time.

Woody Harrelson and Marisa Tomei star like Archie and Edith Bunker in ABC's restoration of Everyone in the family and The Jeffersons a live event was arranged in front of a studio audience and broadcast on TV & # 39; s primary time.

There was a bittersweet quality for ABC's triumphant two-hour live sitcom special Wednesday night. At least there was for me.

On the sweet side, you see talented stars like Jamie Foxx and Woody Harrelson recreating classic scripts from Everyone in the Family and Jefferson's was a shot of pure, eerie nostalgia. There are few glasses as entertaining as these guys curl their way through impressions of classic characters such as George Jefferson and Archie Bunker – in live performance.

For those of us raised on the original things – Sherman Hemsley's inspired swagger as self-made success George; Carroll O & # 39; Connor's live authentic, Queens patois as Archie – even the distant echoes evoked by Foxx and Harrelson on ABC's live special were entertaining. And of course, the Foxx stole the show by improvising its way through an inevitable line flub. ("It's alive," he said, turning to the audience, while his costars struggled to keep straight faces. "Everyone at home … thinks they've just messed up.")

Harrelson actually struggled a bit like Archie; I've never really bought him as a cluelessly bigoted (yet lovable) working class schlub from Queens. And his efforts to make these old school lunch lines sing revealed how much Connor's grounded performance helped sell the material back in the day.

Marisa Tomei performed much better as well-meaning wife Edith Bunker, smoothing over Archie's barbs with a manic seriousness very close to the magic Jean Stapleton once completed each week. Wanda Sykes was serious but uncharacteristically subdued as Louise "Weezy" Jefferson.

Together with a cast of co-stars, they recreated two real, unchanged scripts from Everyone in the Family and ] Jefferson's originally sent in the 1970s on sentences carefully copied from the originals, directed by the great sitcom craftsman James Burrows. Hosted by Sennatmate Jimmy Kimmel, who dreamed of this revival, the live event also had the blessing of television play that helped develop both shows: 96-year-old executive producer Norman Lear.

Lear's benediction came before it all started, delivered while sitting in Archie's legendary chair: "The language and themes of nearly 50 years ago can still be crushed today," he said as a warning. "And we are still struggling with many of the same problems."

It was a loving tribute presented as a Broadway game. So why did it look so good, odd? 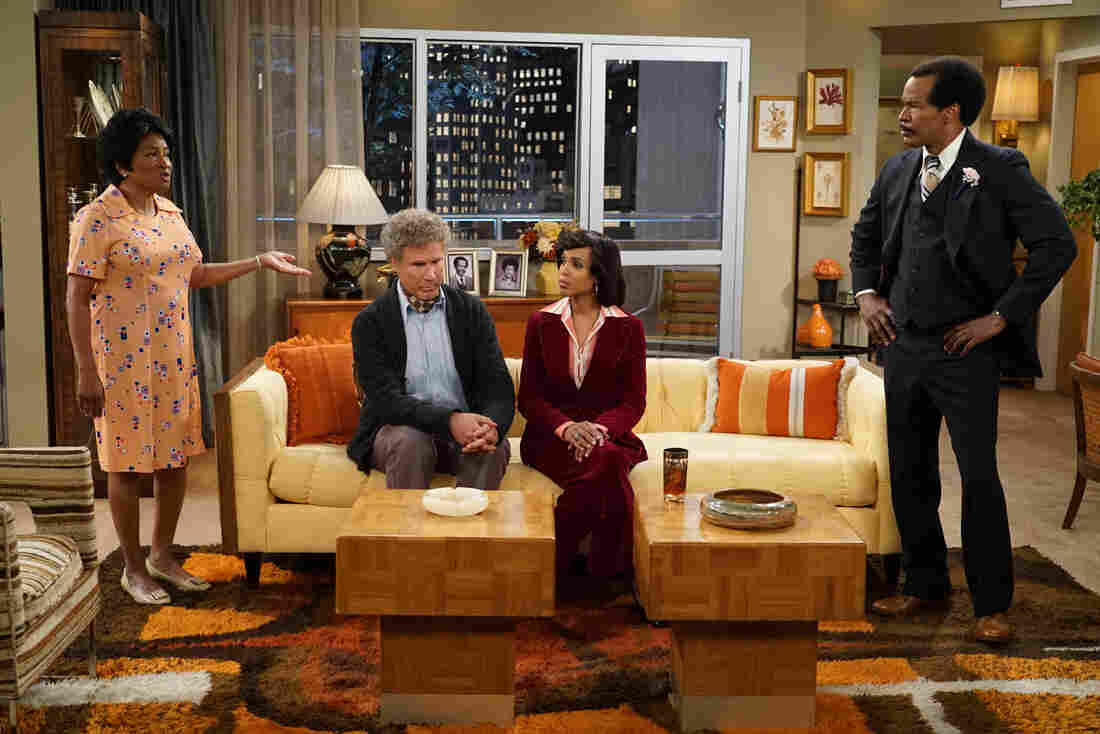 The two episodes they recreated, "Henry's Goodbye" from Everyone in the Family and "A Friend in Need" from Jefferson's centered on a farewell party for George & # 39; 39; s brother held at the Bunker home, and an argument between Jefferson's whether to hire a girl.

Part of the problem was the rigidity of the setup. With no changes in the scripts, the actors had a hard time delivering a fresh version of their characters. When Archie, Edith, George and Weezy first blew up television screens in the early 1970s, no one had seen characters like those on network TV. This time we saw pale imitations through bad sense memories.

I'm honestly I'm more interested in watching Jamie Foxx play a George Jefferson in today's world than I am seeing him recreating another actor's signature character in a way that feels a little too much like an old In Living Color shit.

Also, much that we may despair that the country has not moved far enough to issues of race equality and the fight against prejudice is fact: We have changed. As evidence, note that ABC felt the need to insert a long-lasting beep over George Jefferson's use of the n-word in a Wednesday scene; The same scene was unnoticed when it was originally sent in 1975.

You can sense that networks are too politically correct these days to fly a word contained in a few hit rap singles. But in the 1970s, the network's television appeared to be the medium of mass – not much about whether someone was dismissed by one of the worst racist slurries in our country's history. Changing this attitude sounds like a good thing.

I usually do not find fulfillment in equal TV nostalgia. I prefer rebooting and reinventing old TV shows taking classic programs in new directions, such as Star Trek: Discovery or the new Latinx centered Party of Five . So even though I was impressed by the scale of ABC's resuscitation, I was also a little disappointed. Is the future of network television really going to be so focused on restoring its past?

Still there were amazing moments Wednesday. Jennifer Hudson was her usual glowing self that exclaimed a voice-and-piano version of The Jeffersons & # 39; theme & # 39; Movin & # 39; On Up & # 39; to help the transition between the two different episodes. Kerry Washington and Will Ferrell were inspired choices to play the interracial couple Helen and Tom Willis. And putting Marla Gibbs in the process of rendering his role as Jefferson's Maid Florence was a lovely touch.

Since the special was Wednesday's most watched show with more than 10 million viewers, and all the good will of this experiment, I am sure there will be more classic sitcom revivals in the network's future. But I hope there is also some energy that is used to make the new releases unique and fresh in their own way, rather than recreating the shows we originally fell in love with because they were so original in the first place.

Patrick Jarenwattananon and Nina Gregory produced and edited this story.