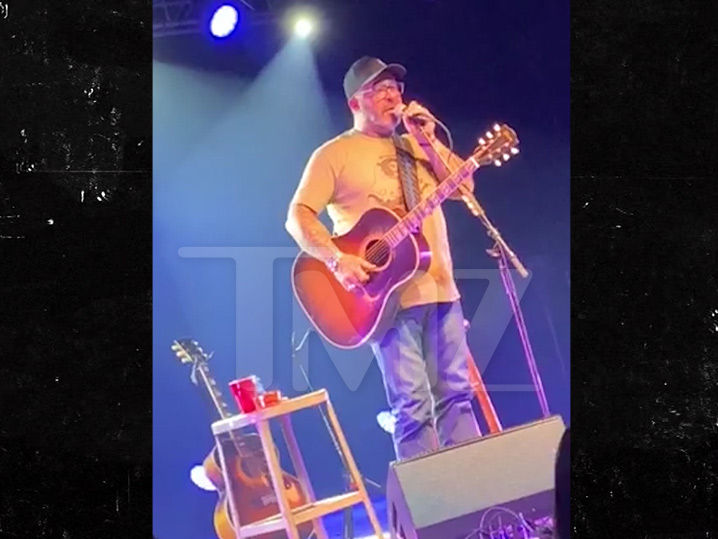 Walks Off Stage in Texas

Staind frontman Aaron Lewis had a Saturday night in front of a raucous crowd, which didn't help when he threw Latin Americans under the bus … and walked off internship

Aaron was performing solo at the Pharr Events Center in Texas Saturday night, where eyewitnesses told us to play his final song on guitar because the audience wouldn't shut the hell up. It was an awkward scene … like a parent chastising their kids.

1; and perhaps Aaron himself – and eventually someone asks him to sing something in Spanish … which spurred an interesting response from Aaron.

He says, "I'm sorry, I don't know how to speak Spanish. I'm American." Some people in the crowd cheered, others seemed to show their disapproval.

Eventually, when the crowd was quiet down to Aaron's required level … he left the stage, wishing everyone a good night. Safe to say, people were not happy about it.

It was definitely a weird sequence of events – and demanding a crowd to be dead silent at a concert … and a pinch of racism for good measure. Alrighty then!