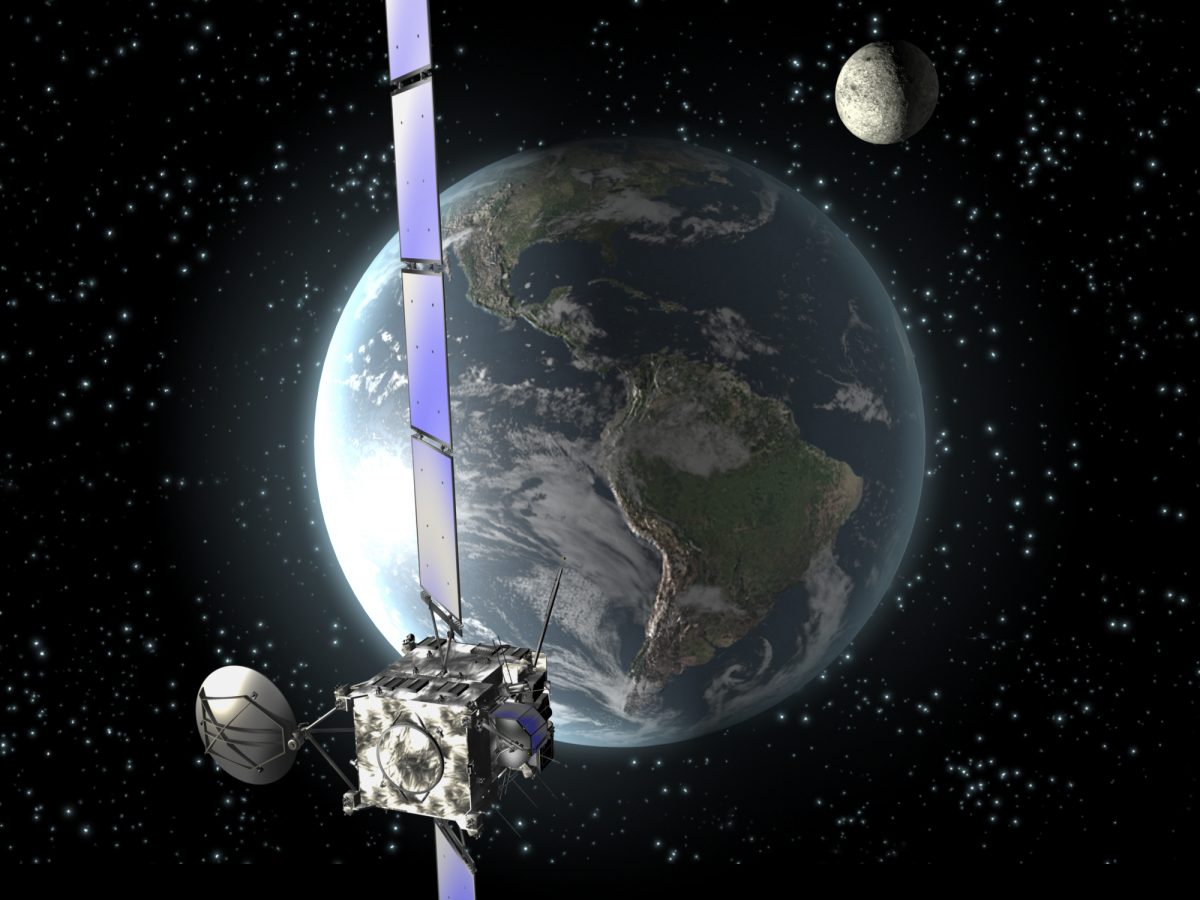 An asteroid which measures approximately a mile wide and is by its own moon is expected to pass by the Earth on Saturday, May 25, at speeds of 48,000 mph.

The asteroid, which was discovered 20 years ago, is dubbed by NASA as Asteroid 1999 KW4, and is expected to be visible until May 27.

Despite its "potentially hazardous" classification by the Smithsonian Astrophysical Observatory's Minor Planet Center, Asteroid 1999 KW4 is expected to pass by Earth safely at 23 : 05 UTC

The asteroid is described by the Las Cumbres Observatory as "slightly squashed at the poles and with a mountain ridge around the equator, which runs all the way around the asteroid.

" This ridge is given the primary and appearance similar to a walnut or a spinning top. ] "The main body (primary) of 1

999 KW4 is about 1300 meters across, but is actually quite a complex shape, ”said researchers at Las Cumbres Observatory.

The asteroid, which was first discovered by the Lincoln Near-Earth Asteroid Researcher (LINEAR ) astronomical survey in Socorro, New Mexico, in 1999, is estimated to be somewhere between 0.8 miles to 1.86 miles in diameter, according to NASA's JPL.

NASA Ambassador Eddie Irizarry of the Astronomical Society of the Caribbean

"Its fast speed, combined with the size of this asteroid, will allow amateur astronomers to observe it as the moves in front of the stars. ”

" The space rock will not be visible to the naked eye alone but sky enthusiasts equipped with eight-inch in diameter And bigger telescopes might be able to see the asteroid, which might reach a visual magnitude of around 12 during closest approach, "he added.

The European Space Agency (ESA) on May 14 shared an image of the 1999 KW4," observed from the ground for the first time in the current apparition, emerging from solar conjunction, "it published on its official website.

Collaborating with Observatoire des Makes in the French island of Réunion, the space agency captured the observations as part of the ongoing IAWN observing campaign.

"The goal is to put observatories and telescopes to the test, to become aware of what can be collected on short notice in case of a future close approach of possibly threatening asteroid, "the space agency explained.

The aster oid's next close encounter with Earth will be on May 25, 2036, when it will pass by even closer, according to EarthSky.