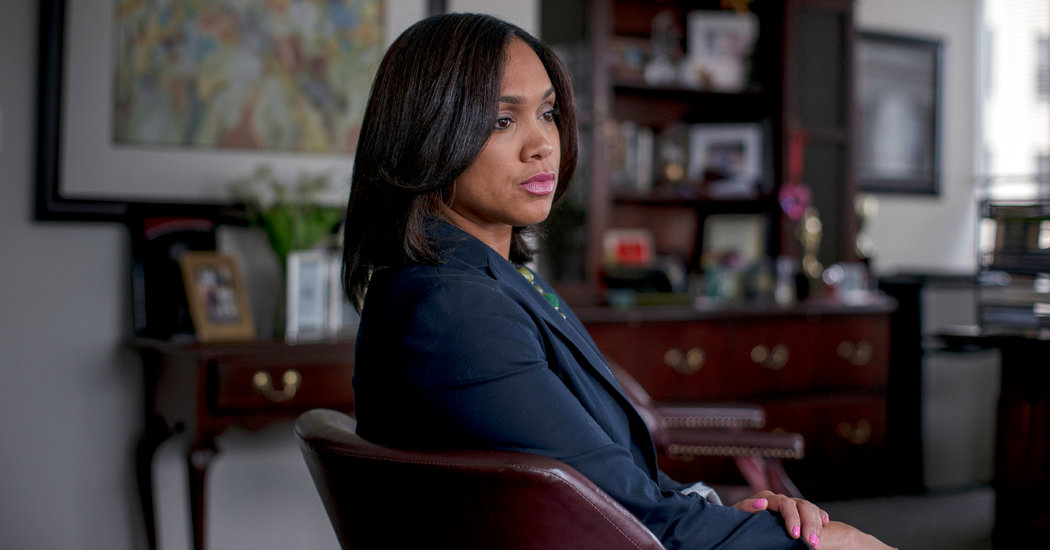 "Without the police, this is just political theater," said Thiru Vignarajah, a former Maryland deputy attorney general who ran against Ms. Mosby in the 2018 Democratic primary. Mr.

More than 90 percent of marijuana citations between 2015 and 2017 were issued to black residents, who made up roughly two. -thirds of the population.

Too little, too late, to move the announcement too much. Tre 'Murphy, a community activist with Black Leaders Organizing for Change, initially expressed support. "Wow, it's a major overhaul," he said. But a few beats later, his skepticism set in, and he wondered why it hadn't happened until Ms. Mosby's second term in office.

"I don't think we can afford these long time frames," he said. “Until we recognize the harm that many of these policies have caused and rebuild these institutions from the ground up, people will never trust it.”

Ms. Mosby's first term was occupied by a series of epic police scandals, which placed here at odds with the department. Other prosecutors across the country moved more quickly on the issue.

In Chicago, Ms. Foxx said her office will move to expunge all misdemeanor marijuana convictions. In st. Louis County, Wesley Bell will prosecute no marijuana cases involving amounts under 100 grams. In Boston, Rachael Rollins has pledged to stop prosecuting drug possession and possession with intent to distribute, along with 13 other crimes.

Advocates for such policies applauded Ms. Mosby's new rules for pushing the envelope. People will not be prosecuted for possessing marijuana at all, and will not be charged with distribution or intent to distribute based on quantity alone – there must also be other indicators of drug dealing such as scales or plastic bags.