A genealogical website helped the police solve the 1973 killing of a Newport Beach Girl: LAist 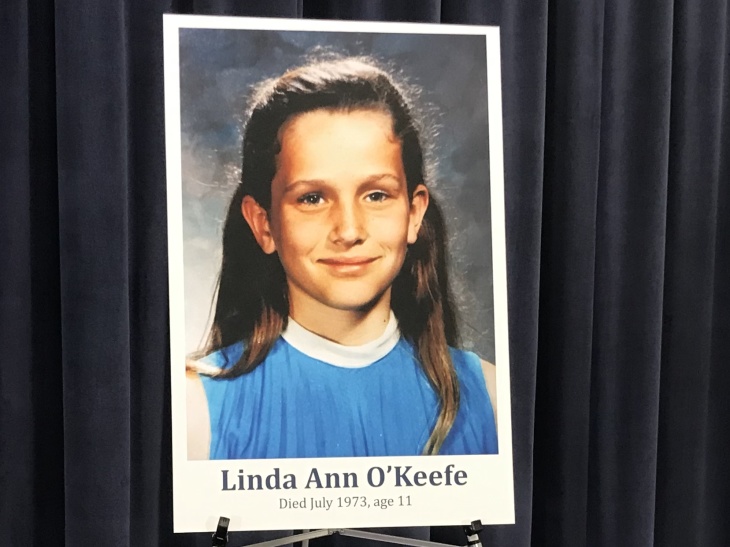 Linda Ann O & # 39; Keefe was last seen going home from the Summer School on July 6, 1973 in Newport Beach. She was 11 and had a white dress with light blue flowers. The next day, two men on bicycles found their body in a ditch along Back Bay Drive.

Now, more than 45 years later, the authorities have arrested James Alan Neal, 72, in connection with the murder.

The break in the cold came six months after the Newport Beach police used their Twitter account to try again to solve the mystery of who killed Linda and why. Using the hashtag #LindasStory Newport Beach reconstructed the police its last day.

Ultimately, it was DNA rather than witnesses or narratives that led the authorities to investigate Neal.

Orange County District Attorney Todd Spitzer said Wednesday that the online genealogy site, Family Tree DNA pointed detectives to Neal. Spitzer refused to say whether it was Neal or a family member who had uploaded DNA to the site.

When the connection was made, the detectives monitored Neal, who lived in Colorado. Officials said they collected a sample of his DNA and matched it with DNA found on the victim shortly after she was killed. Spitzer welcomed the method as the key to solving this and other old cases.

"Through both traditional DNA and genealogical DNA, we have every opportunity in the world to solve so many of these cold cases that we never had hope in the past to solve," he said.

Previously, the authorities used familial DNA to identify Lonnie Franklin Jr. as the serial killer who had been called the Grim Sleeper. Franklin was sentenced to death in 201

6 for the murder of 10 people: nine women and one teenage girl.

The killing of an 11-year-old girl in Newport Beach in 1973 shocked the community and gained national attention. The Newport Beach Police Department also, however, where several generations of detectives attempted to find their murderer. They were constantly reminded of the unsolved case of a photo of Linda hanging on the wall.

Last year, on the 45th anniversary of her death, the Newport police took to Twitter to revive public interest in the case. They wrote a number of tweets that restored that day, Keefe went away, and put the story into her imagined words.

"Mom is getting a little worried. She knows I was angry that she didn't pick me up, but she thought I would swell a little and then come home to eat. It's been three hours since she heard from me, who is great when you are a young girl without lunch in the stomach. " #LindasStory

Police also released a compound outline what the suspected murderer can look like today, 45 years later, using the DNA found at the homicide.

"But now 45 years later I have a voice again. And I have something important to say. There is a new management in my case: a face. A face that comes from DNA that the killer left. Technology that did not exist back in 1973, but it can change everything today. " #LindasStory pic.twitter.com/GsZClKFwPj

Lewis also said he hoped that Keefe's story could lead to other joints.

"We never know who Linda's story affected," he said. "Did anyone in another country touch, in another state somewhere that was inspired to report something they thought was wrong, or something they might have had information about?"

Neal was arrested Tuesday in Colorado Springs with the help of local law enforcement. At the time of Keefe's murder, Spitzer said Neal had lived in Orange County and worked in construction. He then went by the name of James Alan (or possibly Allen) George Layton.

He later changed his name to James Alan Neal after what Spitzer described as an "incident" in Florida. Spitzer also refused to draft and declined to answer whether Neal had been associated with other crimes.

Neal is accused of murder, kidnapping and scary and mighty acts with a child. If he is doomed, he faces a smallest sentence in prison without parole.

Keefe's parents are both deceased, but the authorities have informed their two sisters of the arrest.