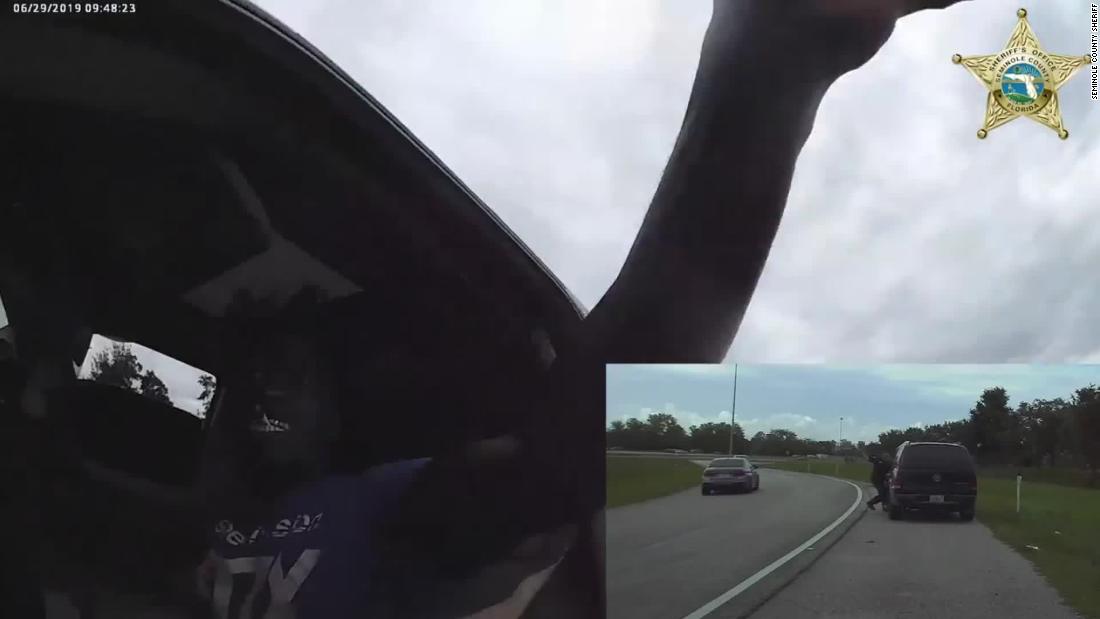 The camera's camera recordings released by the Seminole County Sheriff's Office Sunday show the deputy and the officer has a calm and friendly interaction in the first few minutes of the traffic jam after Blais tells Rudolph he pulled him over to have colored windows. The two men are crying with each other for the unusual name of the suspect.

But things get miserable when Blais asks Rudolph if he has any marijuana in the car before he tells him to turn off his vehicle.

Instead, the Rudolph throws the car into operation as the deputy hangs out the window and screams for the driver to stop.

Rudolph stops short and Blais points to a gun at him and orders him to stop the car before Rudolph pulls out towards a highway.

Dashcam video shows the deputy fall off the vehicle as it goes away.

The sheriff's office searched for Rudolph after the incident and he was taken to jail shortly before noon. 16.30 Saturday said the department.

Blais was treated for non-life-threatening injuries and released from the hospital on Saturday, according to the Seminole County Sheriff's Office.

A trial for Rudolph is scheduled for 2 pm Monday.

CNN has not determined whether Rudolph currently has a legal representation in this case.