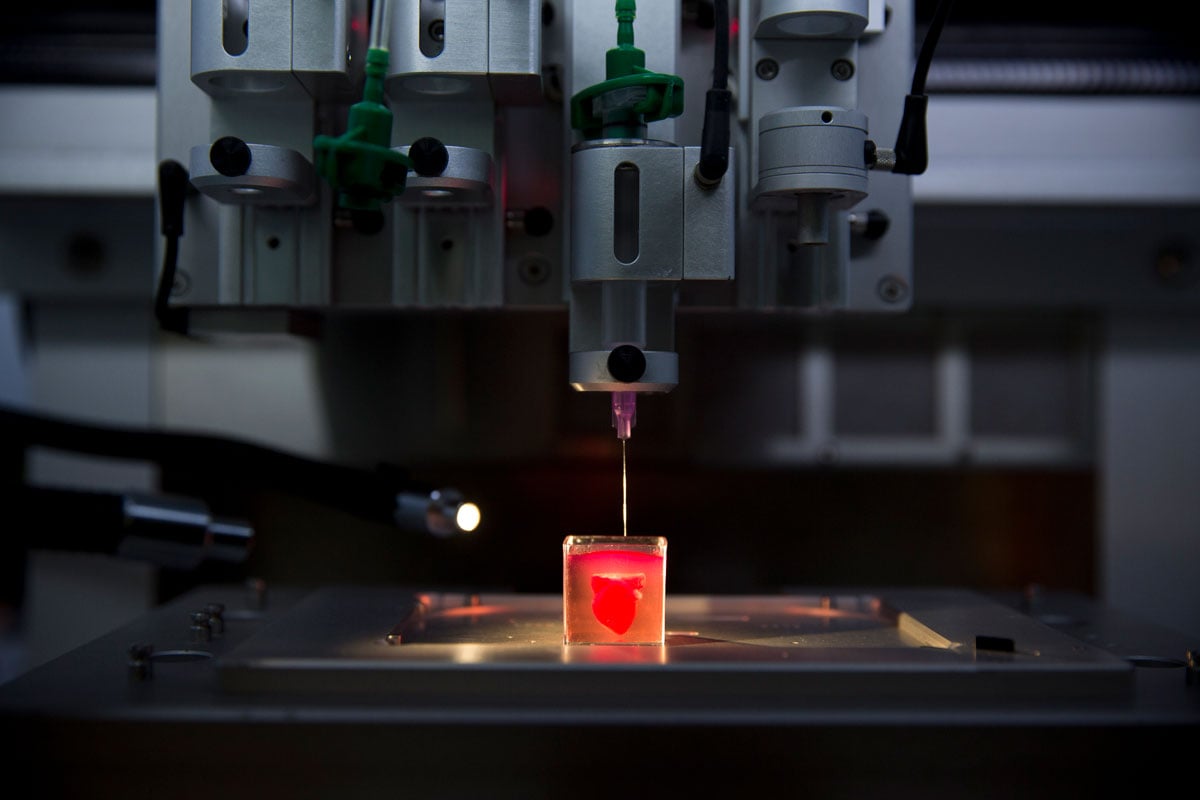 The rabbit-sized heart was made from a patient's own cells and tissues, using techniques that could help increase the rate of successful heart transplants in future

How it worked: A biopsy of tissue was taken from patients, and then its materials were separated. Some molecules, including collagen and glycoproteins, were processed into a hydrogel, which became the printing ink. Once the hydrogel was mixed with stem cells from the tissue, the researchers from Tel Aviv University were able to create a patient-specific heart that included blood vessels. The idea is that such a heart would be less likely to be rejected when transplanted. The study was published in the journal Advanced Science

Let it flow: Until now, researchers have only been able to print simple tissues lacking blood vessels, such as 3D, fully vascularized engineered heart is a step in the right direction.

The impact: Heart disease causes one in four deaths in the US (about 61

0,000 people a year), and there is a shortage of heart donors for transplants, so 3D-printed hearts could help solve a major issue. 19659003] Next steps: The team in Tel Aviv is planning on culturing the printed hearts and then transplanting them into animals. We are still many, many years away from being used for humans, though.

This story first appeared in our daily newsletter The Download. Sign up here to get your dose of the latest must-read news from the world of emerging tech.