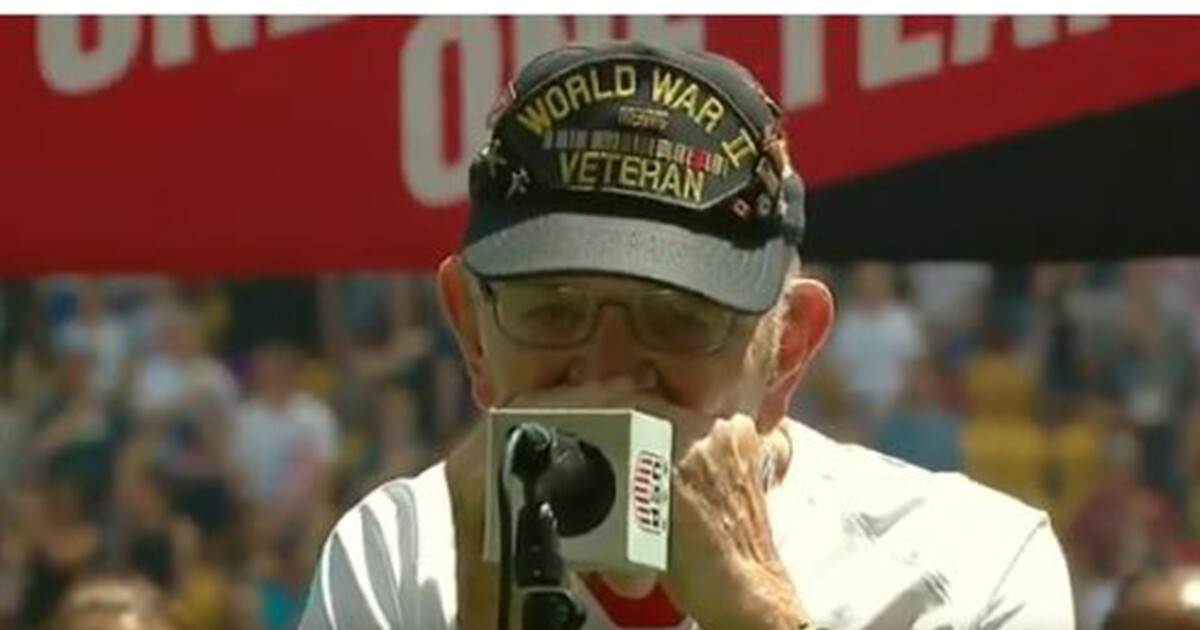 P meal DuPré, a 96-year-old World War II veteran, thrilled the crowd at the Red Bull Arena in New Jersey for the U.S. women's national soccer team match with his national performance on the harmonica.

DuPré, known as "Harmonica Pete," played the anthem Sunday, and the touching moment ended with the crowd roaring, with one commentator calling the moment "remarkable" and the other saying she got "chills."

While this was his national anthem debut for the women's soccer team, DuPré visited the beaches of Normandy with the U.S. national team in January.

DuPré served three years overseas as a medic in England during World War II. He treated wounded soldiers from all over Europe.

The U.S. women's team beat Mexico 3-0 and plays its next tournament on June 7 in Paris.