562 more Utah COVID-19 cases, no deaths reported Tuesday as a rolling average back over 500 cases a day 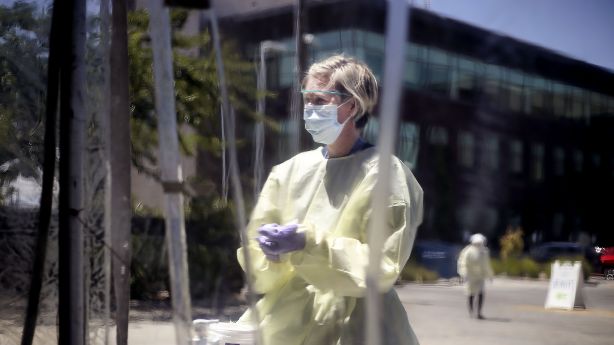 SALT LAKE CITY – Utah’s COVID-19 cases have increased by 562 as of Monday, with no new deaths reported, according to the Utah Department of Health.

The department now estimates that there are 9,237 active cases of the disease in Utah. The seven-day average number of positive cases per Day is now at 522 according to the health department. The positive test percentage per Day in this period is now 10.6%.

, which the state met in mid-August.

However, Utah has taken back since then and has seen a new rise in cases in recent weeks, pushing the rolling average back over Herbert’s benchmarks.

The new figures indicate a 1% increase in positive cases since Monday. Of the 725,612 people tested so far for COVID-19 in Utah, 8.1% have tested positive for COVID-19. The health department reports an increase of 3,930 tests performed as of Tuesday.

There are currently 128 COVID-19 patients admitted to Utah, including 50 in the intensive care unit or ICU, beds across the state, according to the health department. About 66% of ICU beds in the state are occupied, while about 48% of non-ICU beds are filled, state data shows.

Tuesday’s totals give Utah a total of 59,000 confirmed cases with a total of 3,361 admissions and 436 total deaths due to the disease. An estimated 49,327 cases in Utah COVID-19 are now considered recovered, state data shows.

A COVID-19 news conference is not scheduled for Tuesday. Utah officials typically deliver updates at news conferences once a week on Wednesdays or Thursdays.

Correction:This story originally said the state had a new death Tuesday. It has been updated and corrected to show that no deaths were reported.

Test results now include data from PCR testing and antigen testing. Positive COVID-19 test results are reported to the healthcare department immediately after confirmation, but negative test results may not be reported within 24 to 72 hours.

The total number of cases reported by the Utah Department of Health each day includes all cases of COVID-19 since the Utah outbreak began, including those currently infected, those who have recovered from the disease, and those who have died.

Recovered cases are defined as anyone who was diagnosed with COVID-19 three or more weeks ago and has not died.

Deaths reported by the state typically occurred two to seven days before they are reported, according to the health department. Some deaths can come from even further back, especially if the person is from Utah but has died in another state.

The Department of Health reports both confirmed and probable COVID-19 deaths according to the case definition outlined by the State Council and territorial epidemiologists. The death toll may change as case investigations are completed.

Data included in this story primarily reflect the state of Utah as a whole. For more localized data, visit your local health district website.