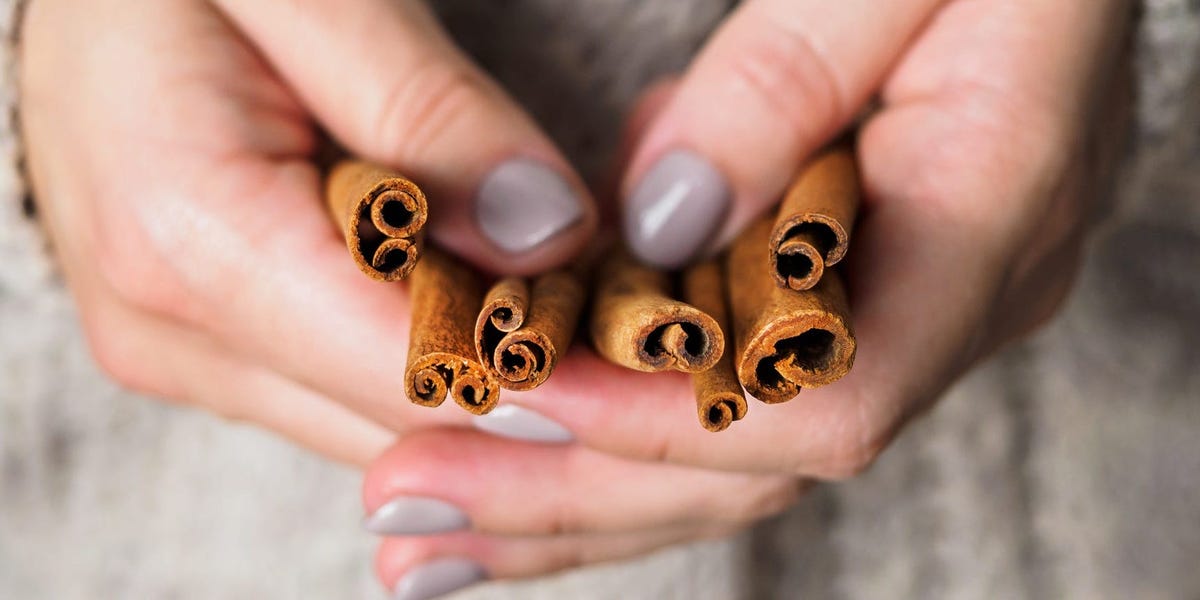 Cinnamon is more than just a spice that can add a warm flavor to meals. It also provides several health benefits. Here are four scientifically proven benefits of cinnamon and tips for incorporating the spice into your diet.

1. Cinnamon acts as an antioxidant

Cinnamon is loaded with compounds, such as procyanidins and polyphenols, that provide powerful antioxidant effects, says Sheri Vettel, a registered dietitian nutrition expert (RDN) with the Institute for Integrative Nutrition, which is a training program for health coaches.

Why antioxidants are so important to your overall health

Antioxidants fight free radicals, which are unstable molecules that come from both external sources such as pollution and natural bodily processes such as digestion. When there are too many free radicals in the body, oxidative stress occurs. Oxidative stress has been linked to chronic health problems such as cardiovascular disease and cancer.

Cinnamon contains large amounts of antioxidants. In fact, a 2005 study comparing 26 different spices – including cinnamon, garlic, oregano and clove – found that cinnamon had one of the highest levels of antioxidant activity.

Cinnamon also contains several flavonoids, such as quercetin, which reduce inflammation in the body. Flavonoids are natural compounds found in fruits and vegetables.

Inflammation is part of the body’s natural immune system response, and in some cases it is helpful. However, when inflammation becomes prolonged or chronic, it can lead to conditions such as heart disease and arthritis. Reducing inflammation can lower your risk of these diseases and help deal with symptoms related to inflammation, such as pain.

A 2020 analysis examined the effect of cinnamon on inflammation and found that a 1.5 g to 4 g daily dose of cinnamon powder reduced levels of C-reactive protein – a protein commonly used as a marker of inflammation.

“Several studies have observed this effect in cinnamon, prompting researchers to consider how therapeutic doses of cinnamon in humans may play a role in the treatment of health conditions related to inflammation,” says Vettel.

Cinnamon supplements alone should not be used to treat inflammation, Vettel says, but may instead be an additional treatment option that a doctor suggests in conjunction with other medical treatments.

Current research has found conflicting evidence for the ability of cinnamon to treat type 2 diabetes. To begin with, many studies have discovered that it can lower blood sugar.

A small 2006 study of adults with type 2 diabetes found that 3 g of cinnamon powder a day for four months was effective in reducing fasting blood sugar levels compared to placebo.

Another study showed that people with type 2 diabetes who took 500 mg of cinnamon twice daily had lower hemoglobin A1C – a measure of blood sugar levels over the past two to three months – than those who received only regular diabetes treatment.

However, some studies have found no benefit from using cinnamon to lower blood sugar levels, says Elizabeth Huggins, a registered dietitian and certified diabetes therapist and education expert with Hilton Head Health. Because the evidence is contradictory, the American Diabetes Association does not currently recommend cinnamon as a treatment for diabetes.

While the desire to find a supplement that helps deal with type 2 diabetes is attractive, perhaps the best place to start when it comes to nutrition is to maximize a eating pattern that focuses on sensible portions of whole foods. high quality, “says Huggins.

Some studies have shown that cinnamon can have a positive effect on cholesterol levels.

For example, a small study from 2003 conducted in adults with type 2 diabetes found that cinnamon in various doses of one to six grams a day reduced total cholesterol, triglycerides and low-density lipoproteins (LDL) – the “bad “form of cholesterol, which can increase your risk of heart disease.

High levels of LDL cholesterol can build up plaque in your arteries, reduce blood flow and reduce the oxygen supply to vital organs, which can lead to heart attacks and strokes.

How to integrate cinnamon into your diet

If you want to reap the health benefits of cinnamon, it’s easy to add more to your daily diet. It goes well with many different types of food, including:

Cinnamon can also add a warm and subtle sweet flavor to savory dishes like chili and curry, Vettel says. You can also try sprinkling it on tea or coffee.

A typical dose of cinnamon to help manage diabetes is about one to two grams a day or half a teaspoon, Vettel says, but you should not use cinnamon to treat diabetes without medical advice. If you are considering a cinnamon supplement, talk to your doctor as consuming too much cinnamon can be harmful to your liver.

Cinnamon has a distinct aroma and adds a warm flavor to many foods and beverages. The spice is also packed with powerful antioxidants that can improve your health. It may even be beneficial to manage type 2 diabetes, but talk to your doctor before integrating it into your medical treatment plan.

High-fat or ‘ketogenic’ diets can prevent heart failure from reversing

St. Luke’s urges people not to come to ER for COVID-19 testing