4 positive for the Bengals from week 1 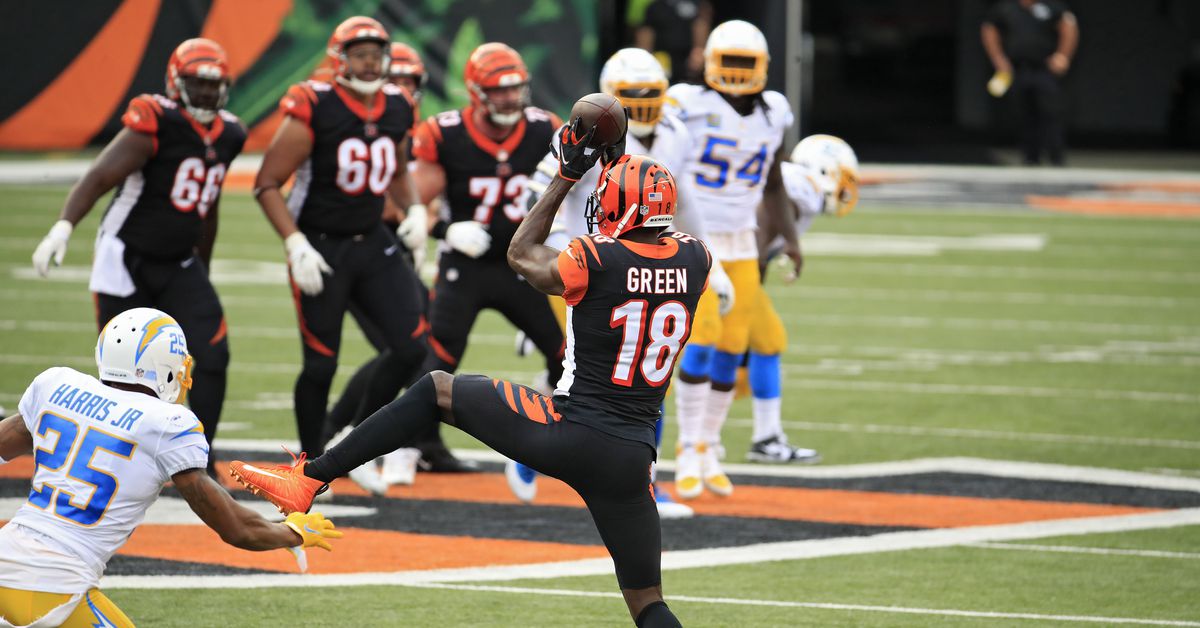 Yes, that was largely due to a questionable call against AJ Green.

And yes, Randy Bullock blew a light kick (allegedly because he injured one of his calves).

But there is still a lot to feel good about.

We invited the King and Queen of Bengal’s positivity on the show to summarize and reflect on Cincinnati’s Week 1 loss to the Los Angeles Chargers.

Here are some of the positives:

1. Joe Burrow Joe Burrow did things. Yes, shovel pass listening was very beginner. But look at what QB did in the pieces before. He picked up a third down on a 1

5-yard completion for CJ Uzomah and then found the tight end again on the next game for 19 yards.

Burrow’s last drive was even better. He encrypted in 7 yards, then found Tyler Boyd for two short completions and then John Ross in 15 yards. The next game he found Ross again, but the call was certainly incomplete after review. How did the rookie QB react on the 3rd and 8th? He hit Boyd in 10 yards and a first down with just 1:36 left. Burrow continued to spread the ball around and found Mike Thomas twice, Uzomah again, Giovani Bernard, and finally AJ Green for what should have been the game-winning touchdown.

In other words, the Burrow clutch was cool and accurate when it really matters. If you’re wondering why he could not do it before, the answer is obvious – it took him a while to settle down behind poor offensive line play and adapt to his surroundings. But when he did, he looked like every part of the franchise player that the Bengals drafted him to be.

2. The defense was massively improved. The Bengals allowed only 16 points after giving 26.3 per. Fight last year. The first time they allowed so few points last year was week 12 against two QFLs belonging to the XFL, Devlin “Duck” Hodges and Mason Rudolph of the Pittsburgh Steelers. The Bengals’ tackle was much better against the Chargers, who have their share of playmakers, including Mike Williams, Hunter Henry and Austin Ekeler. And Geno Atkins is still out. Overall, the defensive unit looked coherent and capable, things we could not say about them last year.

3. AJ Green is back! For those wondering if a 32-year-old receiver who has barely played the last two years could still be a difference-maker: first of all, shame on you, but secondly, the answer is yes. Green went wide open deep on the 3rd and 6th with about 9 minutes left in the third quarter. Burrow simply missed him, and he knows it when he says “a high school can make that throw.” That alone shows that Green still has the jets to be a # 1 option. In his QB’s first game ever, where the Bengals only passed in 193 yards and the receiver was somewhat limited in his snaps (only 45, fewer than Boyd, Ross and Uzomah), Green still had 5 receptions in 51 yards.

4. A lot of things went wrong and they were right in the game. Okay, Bullock will miss some more big kicks. And Bobby Hart will whip on pass-rushers. But still – Burrow’s interception was a fluke. It was a young QB with a strong desire to win and try to make something happen when he hadn’t hit any big plays. Speaking of those pieces, Burrow is unlikely to miss Ross or Green for touchdowns very often as he did on Sunday. And Joe Mixon, the only one running back since 2018 to go 500 carries without fumbling, will not drop the ball very often.

Despite all that misfortune, the Bengals were right in the mix until the final seconds. Sure, calls don’t always go our way, but OPI on Green was offensive in my book – a 6’4 Hall of Fame recipient doesn’t have to push out to get disconnected. The judges should know that there was a lot of contact both ways before Green’s last push. But it’s been a while since they’d seen Green in action. So as he continues to make highlights, he begins to get more of the superstar treatment he deserves.

For more positivity in podcast form, click below or listen to iTunes. Be sure to subscribe and leave a 5-star review if you like what you hear.