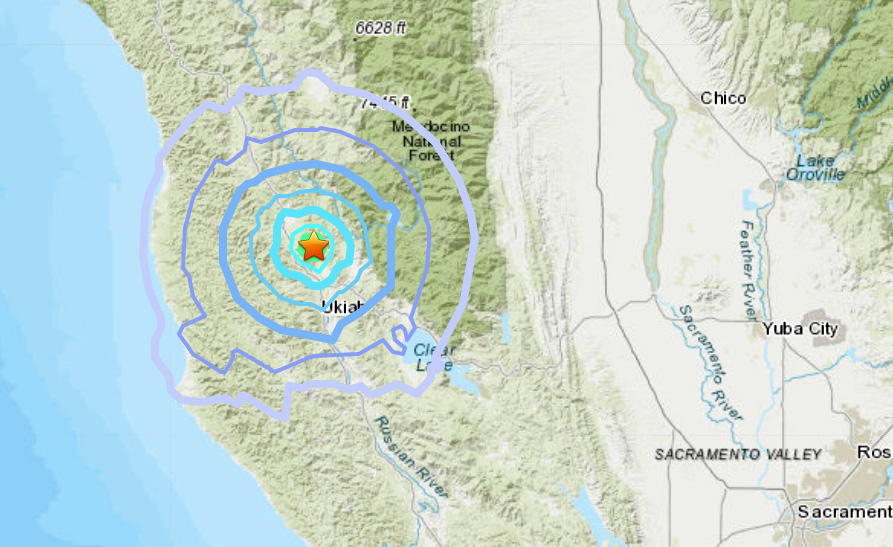 The quake struck at 12:16 pm Its epicenter was 8 miles southeast of Willits.

Almost 400 people responded within five hours to the USGS Did You Feel It? site. The 230 of those within 10 miles of the epicenter – in communities including Willits, Potter Valley and Redwood Valley – described the shaking as light. No injuries were reported.

It was the strongest quake in the contiguous United States in the past seven days.

In the Bay Area, a 3.4 quake was recorded early Saturday near Concord.