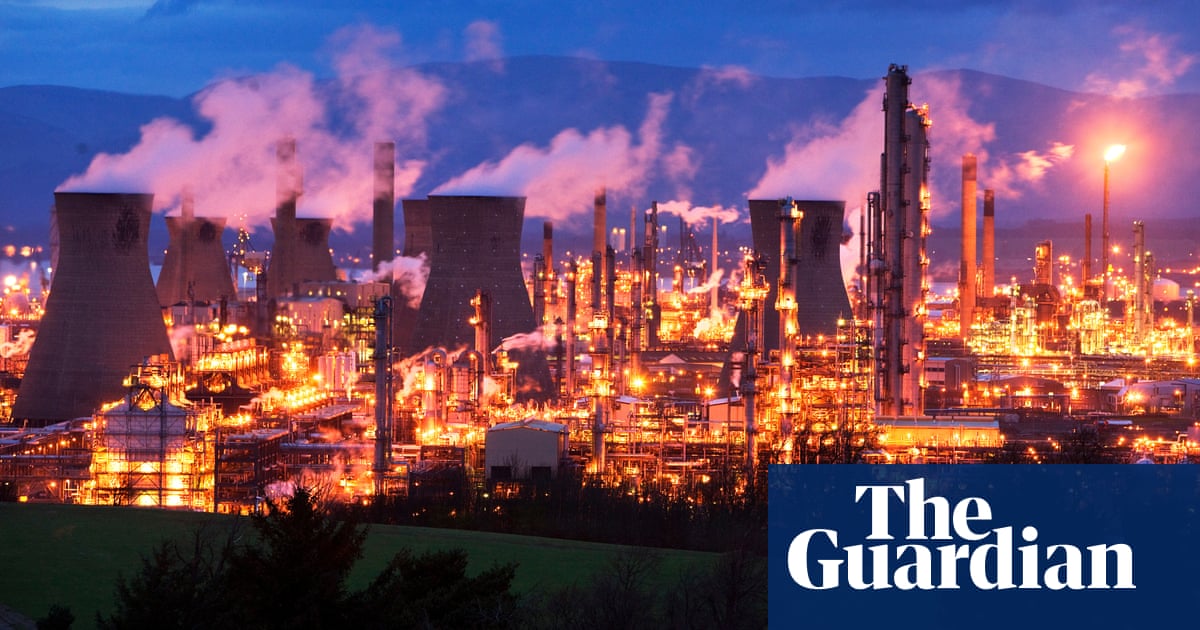 The level of climate-moving carbon dioxide (CO2) in the atmosphere is expected to increase by an almost record amount in 2019, according to Met Office.

The increase is driven by the continued burning of fossil fuels and the destruction of forests, and will be particularly high in 2019 due to an expected return to El Niño-like conditions. This natural climate change causes hot and dry conditions in the tropics, which means that plant growth that removes CO2 from the air is limited.

The gas levels for the greenhouse gas have not been as high as today for 3-5m years, as the global temperature was 2-3C warmer and the sea level was 1

0-20 meters higher. Climate measures need to be increased five times to limit warming to the 1.5C increase over pre-industrial levels recommended by scientists, according to the UN. But the last four years have been the hottest on record and global emissions are rising again after a short break.

"When you look at the monthly figures, it is as if you can see the planet" breathing "as the CO2 level drops and increases with the seasonal cycle of plant growth and decay in the northern hemisphere," said Prof Richard Betts at With Office's Hadley Center. "The graph is a beauty but also a powerful reminder of human impact on the climate. Each year's CO2 is higher than the last, and it will continue until humans stop adding CO2 to the atmosphere."

"This news is worrying and convincing, "said Prof Nick Ostle at Lancaster University. "It represents a call to innovation with rapid and radical responses to compensate for these growing emissions." He said cuts in the use of fossil fuels, deforestation and animal emissions were needed: "It is a massive challenge, but there are real opportunities to make an impact individually and globally."

Met Office has a good overview of global CO2 level forecasts and predicts that the average increase in 2019 will be 2.75 parts per year. Million (ppm). That is, among the highest annual increases in the 62 years since good accounts began.

An El Niño event occurs when the tropical Pacific swings in a hot phase, causing many regions to become warmer and dry. Trees and plants are natural carbon sinks because they absorb CO2 as they grow, but this is reduced in El Niño years.

"This year, we expect these cold washings to be relatively weak, so the impact of record-high man-made emissions will be greater than last year," Betts said.

The Met office estimates an average CO2 level in 2019 of 411 ppm. Monthly averages are expected to rise to 415 ppm in May, before the growing season temporarily reduces the level to 408 ppm in September, when CO2 will begin to rise again. The CO2 level in the atmosphere before the industrial revolution triggered the large-scale combustion of coal, oil and gas was 280 ppm.

"It never rains, but it is pouring," said Prof Dave Reay of the University of Edinburgh. "Our own CO2 emissions are still on the rise, and now the world's natural scrubs are also in a bad year. We know that these sinks have raised about half of all our emissions to date. We can only hope that they fall in 2019 is just a short-term blip which, without their help, any chance of a safer climate going forward will become dust. "

Prof Jos Barlow, also at Lancaster University, said the growing destruction of forests is of serious concern:" This has been a particularly bad year. Deforestation in the Brazilian Amazon rose to about 8,000 square kilometers in 2018, which is equivalent to losing a forest football field every 30 seconds, and there are also worrying signs that deforestation is speeding up in other Amazon countries such as Colombia, Bolivia and Peru. "