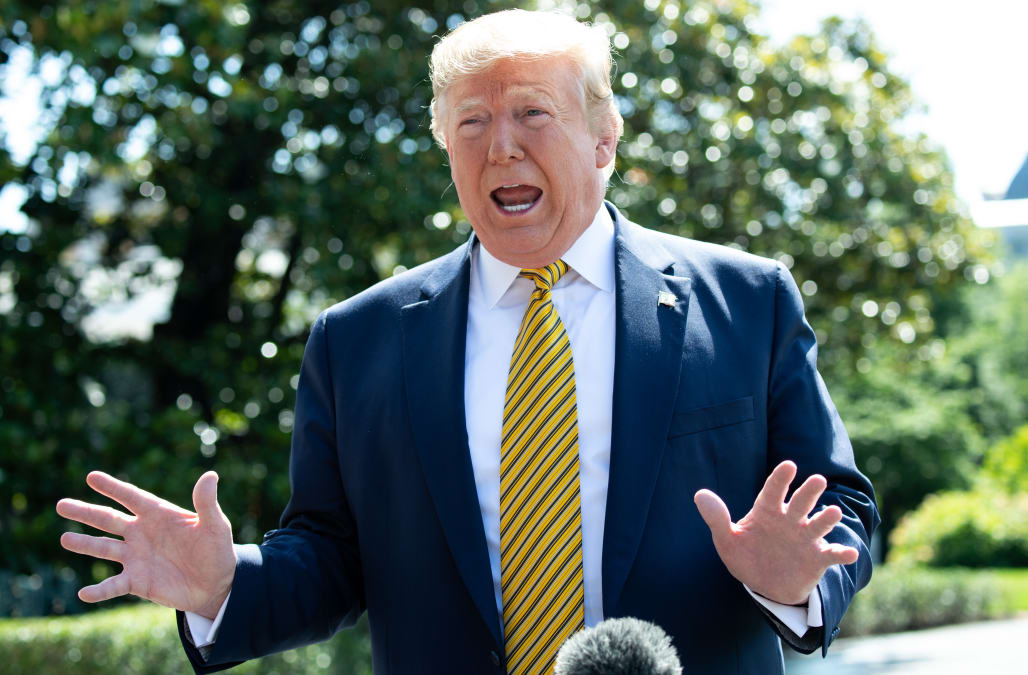 Despite striking a military strike against Iran, the US is still prepared to hit Iran hard after weeks of rising tensions between the two countries, President Trump said on Sunday in what appeared to be a coordinated administration effort for to keep the pressure on Tehran.

9659003] Vice President Mike Pence told Jake Tapper about "The state of the Union" that "Iran should not be limiting for lack of determination.

"All possibilities remain at t," he added.

And the national security advisor John Bolton, in Israel to a meeting with Prime Minister Benjamin Netanyahu, pointed out that Trump had "just stopped the strike from advancing … at present" and warned that another attack might occur to anyone time. Trump noted that Bolton was one of the administration's leading "hawks".

"If it were up to him, he would take the whole world at once," said President "Meet the Press" hosted Chuck Todd.

"Nothing is greedy for the end because things are changing," Trump said as Todd asked if airplanes were already in the air.

But when they were "ready to go," Trump said he asked his generals: "How many people will be killed, in this case, Iranians?"

Informed that there would be approx. 150 losses, said Trump: "I was thinking about it for a second, and I said you know what they shot down an unmanned drone, fly whatever you want to call it, and here we are with 150 dead people who wanted occurred probably within half an hour after I said go ahead. And I didn't like it … I didn't think it was proportional. "

Instead of military strikes, Trump announced plans to further impose" big "Sanctions against Iran beginning Monday and arguing Todd that he thinks" They will make a deal, "but there would be no preconditions for negotiations with Tehran.

Instead, Trump said his bottom line question was that Iran abandoned any effort to build nuclear weapons. "They can't have a nuclear weapon they'll use it and they don't want a nuclear weapon," Trump said. "And if you want to talk about it, well. Otherwise, you can live in a ruined economy for a long time to come."

The tensions between the United States and Iran continue to rise after Trump last year pulled out of the 2015 nuclear agreement in Iran, which limited Iran's nuclear program in Tehran in compensation for sanctions. Since the withdrawal of the agreement, the United States has reintroduced sanctions against Iran.

In April, Trump tagged the Islamic Revolutionary Corps a terrorist group and in the following month the deployment announced a bomber task force and carrier strike group to the Middle East to send a "clear and unmistakable message" to Iran after "a number of worrying and escalating indications and warnings. "

The attack on the American drone Thursday, announced by the Islamic Revolutionary Corps and confirmed by the Pentagon, further increased tensions. Iran said the plane had crossed into its territory, while the Pentagon insisted on flying over international waters of the Hormuz Sound and was taken down in an "unconscious attack."

Trump warned Iran that it "made a very big mistake," but later he said he thought it was not intentional. Then he approved a retaliatory strike, but called it off.

"I didn't send that message," Trump said. "I don't know who would have said it."

Vice President Mike Pence defended Trump's decision to interrupt the strike on Sunday and said they were not convinced that the drone attack was "top-level authorized" in the Iranian government.

But Pence made it clear that "we will not allow Iran to get a nuclear weapon, and we will not stand by Iran continues to see malignant influence across the region."

He reiterated that the United States is "ready to speak to Iran without preconditions." "The only prerequisite is …. they must give up with nuclear weapons" added.

In light of tankers and drone attacks, Pence said that Iran was "lashing out even more than they usually do" over sanctions when the US departed from Iran's nuclear agreement in 2018.