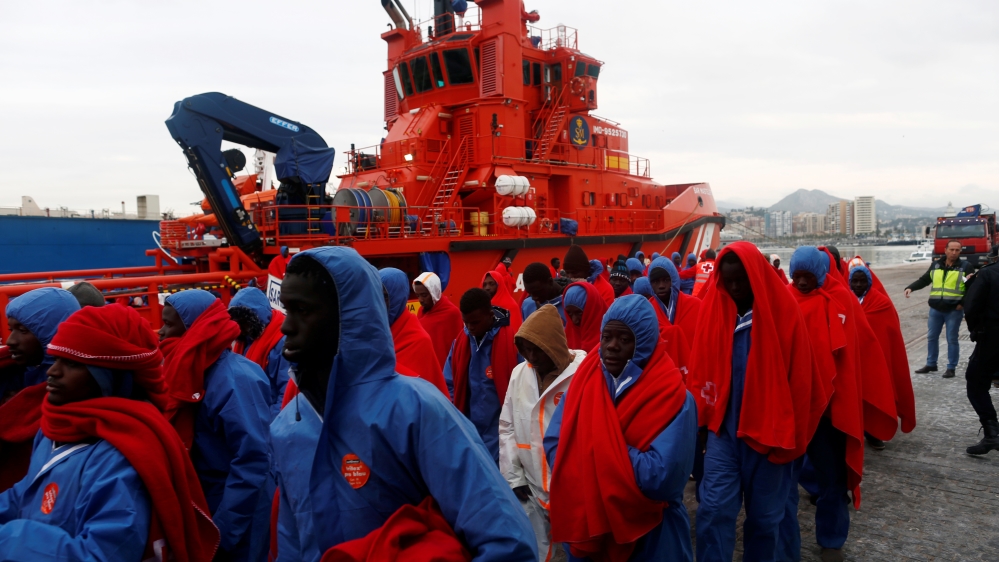 An aid group has warned of a "desperate and dangerous situation" in the Mediterranean after the authorities in Italy have promised to close their ports to a ship allegedly hijacked by rescued refugees and immigrants.

Speaking to journalists on Wednesday, Matteo Salvini, Italy's right-wing inner minister, identified the ship as Elhiblu 1 and said the crew had rescued about 120 people in Libyan waters.

Salvini said the tanker was originally returning to Tripoli, the capital of Libya, but six miles (11.1 km) from the port suddenly changed the course north. Wednesday night it was halfway between the Libyan coast and Malta, he added.

Salvini, who has been at the center of several international stand-offs on his refusal to let refugee rescue ships dock in Italy, said it was too early to see if the ship was targeting Malta or Italy's Lampedusa -island.

If you do not ship the ship in Italy, Matteo said: " These are not migrants in distress, they are pirates. They will only see Italy through a telescope." 1

9659004] A Maltese military official who was not authorized to speak with journalists and requested anonymity told local media that Malta would not allow the ship to enter the country's waters.

"We received reports from a pirated ship heading for Malta or Lampedusa (outside Sicily) and we are monitoring the situation," said a Maltese Coast Guard spokesman for AFP's news agency.

There was no immediate word on condition of El Hiblu's crew. Other information on the reported hijacking was inaccessible or difficult to confirm while the vessel remained offshore.

In a Twitter post, Doctors Without Borders described the situation as "desperate and dangerous" and said it highlighted "the ruined system of sea and despair".

Mediterranea Saving Humans, a private group operating a rescue ship and monitoring how governments treat immigrants, encouraged compassion for those on board and said that The hoped European countries would act "because of the fundamental rights, remember that we are dealing with people flying hell".

However, after Italy's increasingly harsh immigrant state, both refugees and immigrants are bending the perilous journey across the Mediterranean, increasingly returning them to Libya.

In recent months, boatloads of rescued immigrants have refused to leave Libya and urged the authorities to use force.

Meanwhile, earlier Wednesday, the European Union announced that it would suspend maritime patrols that have saved thousands of refugees and asylum seekers in the Mediterranean after deep opposition from Rome.

Instead, the new agreement on Operation Sophia, the EU mission to reduce human smuggling in the Mediterranean, will be based on expanded air patrols and close coordination with Libya.

Human Rights Watch criticized the decision as a formal abdication from the EU of "any kind of responsibility for rescue" in the Mediterranean.

"Operation Sophia will now only provide air surveillance and support to the Libyan coastguard. More interceptions of Libyan forces and the return of women, men and children to nightmarish conditions and treatment in Libya," said Judith Sunderland, Vice President of Europe in rights group.