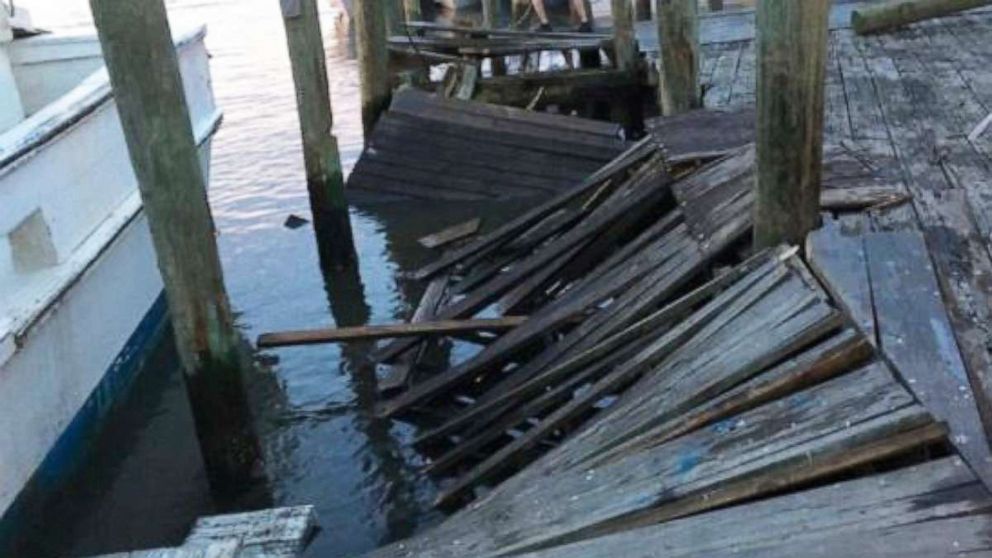 Three people were injured when they fell into a creek after a quay collapsed in a South Carolina restaurant, police said.

The dock at The Wreck restaurant in Mount Pleasant gave the road Saturday night and sent 20 people in the water below, wrote the Mount Pleasant Police Department on Twitter.

Video posted on Twitter by Ashley Blackstone, reporter for ABC Charleston affiliate WCIV, shows several full-featured patrons wading in Shem Creek, as others on the quay are trying to figure out how to get them out.

The harbor collapsed during a birthday party, Blackstone said.

The injured were transported to a local hospital with minor injuries, police said.