26 out of 28 mercenaries in the president’s assassination are Colombian, 2 are Haitian American 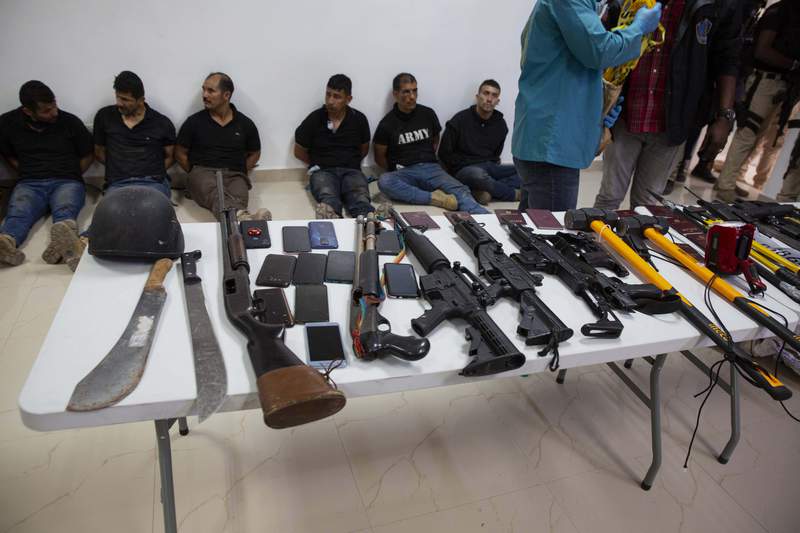 Several prisoners for the assassination of Haitian President Jovenel Mose are presented to journalists along with the weapons and equipment they allegedly used in the attack, during a press conference on Thursday, July 8, 2021 in the Directorate-General for Police in Port-au-Prince, Haiti. (AP Photo / Joseph Odelyn)

MIAMI As the investigation into the assassination of President Jovenel Moïse continued, the Haitian authorities announced on Thursday that there were 28 suspects.

7 were detained, three were killed during a shootout, and eight fled, according to Haitian officials.

Molano said Colombian authorities are cooperating with the International Criminal Police Organization, or Interpol. Charles described the suspects as mercenaries.

Mathias Pierre, Haiti’s election minister, said the other two detainees are Haitian Americans, and one of them is James Solages. The Miami Herald identified the other as Joseph Vincent.

A video released by Haiti’s national police on Thursday night showed 15 handcuffed men sitting on the floor against the wall. Solages and another man are the only ones wearing white T-shirts.

ABC News and the Associated Press contributed to this report from Port-au-Prince.