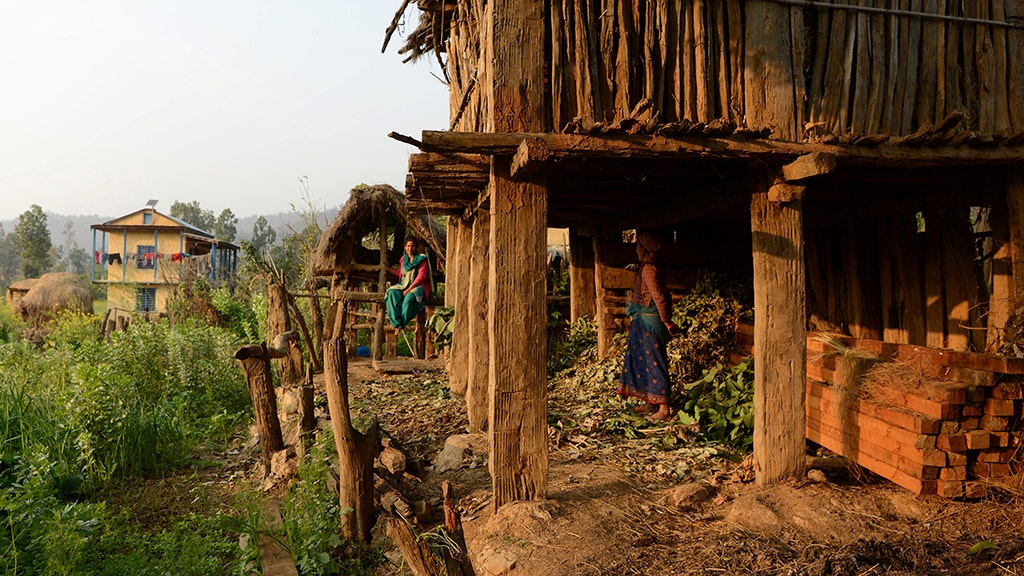 -year-old Nepali woman died of suffocation in a crude "menstruation hut" after she lit a fire in the windowless space to stay warm, police said. 19659004] Parwati Bogati's lifeless body was found when her mother-in-law went to check on here.

"We suspect she died due to smoke inhalation and suffocation because she closed the door of the windowless hut and lit a fire on the floor for warmth during the night," Lal Bahadur Dami,

The ancient – and outlawed – practice known as Chhaupadi banishes from their homes every month when they get their period.

CAPTAIN IN NEPAL PLANE CRASH SUFFERED "EMOTIONAL BREAKDOWN": REPORT [19659006] The women are considered polluted, impure and toxic and are required to stay away from the others in the village. This means they are often banished to sleep on the outskirts of the village or in spaces as tiny as a closet. Most of the huts are made of mud and the women inside often try to build a fire to keep warm in the bitterly frigid Himalayan winter.

The women inside the huts can also be exposed to criminal attacks, the BBC reported. There was also multiple cases of suffocation and one teenage girl was killed after being bitten by a snake.

The horrific incident comes just a few weeks after a mother and her two sons died in a similar shed. Bajura officials promptly give villagers 10 days to tear down the menstrual huts or face legal action.