2020 must be a circus unless voters demand better 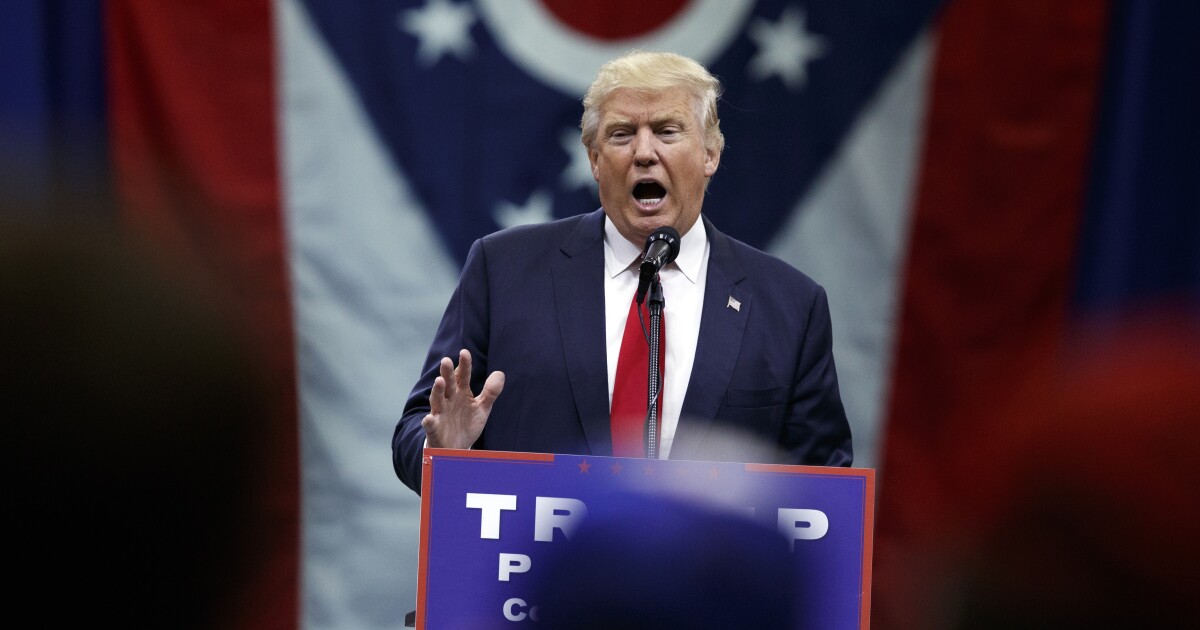 The presidential election in 2020 is still more than 500 days away, but it is already chaotic. What the country needs is a boring race centered on serious political discussions. Instead, it's another circus.

Currently, there are 24 major democratic candidates looking for their party nomination and the chance to compete against a polarizing business. The list is an outgoing group of individuals that include raceminarian minorities, women and even gay men. Despite praise for a large and varied field, former Vice President Joe Biden chooses the polls as a favorite. An older white man with decades of experience is still preferred over other, more groundbreaking opportunities at a party that relies on inclusiveness.

6 presidential election. But the spread between now and now continued fast, and an exhausted pick has to go through a Trump era campaign again. It is not to say that the problem of a presidential campaign in these toxic times when Trump is at national level is only split because of him. The landscape in front of us is tense because of constant contributions from both parties. While GOP follows Trump and often ignores his words and actions, #Resistance routinely supports petty people rather than focusing on substance.

At a time when politics is sometimes no more than entertainment, Republican and democratic voters should insist on a return to normality. It does not mean that we must agree with the left's definition of morality or support their initiatives. Instead, it is a call to tone down offensive rhetoric and inject a dose of cordiality into the frog.

While I completely disagree with Vice-President Joe Biden on how to run the country, I believe his campaign's recent efforts to raise the bar of decorum should be applauded by everyone and used as a pattern for future exchanges.

Trumps The latest attack was perhaps his most merciful: During a state visit to Japan on Monday, he agreed with North Korean leader Kim Jong's latest description of Biden as a "low IQ person". A Biden campaign help on Tuesday called the comments "under the office's dignity". The campaign said it waited a day to respond to respect for Memorial Day, a holiday honoring military veterans. "To be on foreign land, on Memorial Day and aside repeatedly with a murderous dictator against an American and former Vice President, speaks for itself," said Biden deputy campaign manager Kate Bedingfield.

I understand that the Republicans are eager to keep the White House for four years. But that does not mean that the incumbent president should sit with a brutal despot just to score points against his main ranks. It is carefree for any American. When it comes from the commander, it is disappointing cringeworthy behavior that dampens the office and the country it represents.

Promotions and candidates have always been involved in some form of muddling. There are voters of any persuasion that enjoy the play. But that does not mean that every new season should be an exercise in bending as low as possible in an attempt to damage our opponents. This applies to Republicans, Democrats and the politically unaffiliated. Shouldn't we as the voters demand better? We should like to have those publicly interviewing for leadership tasks to call on the negative comments.

The viral temptation of social media does not help to create a positive political environment, whether you are a candidate on stage or someone in the crowd. Although immediate attention is desired by anyone driving to the office, it should not be at the expense of another. There is a way to call on a politician's suggestion without lowering himself to attack their mental capacity or appearance. That's something President Trump desperately needs to work on. This is something that his opponents should also keep in mind.

If 2020 presidential candidates (and the president himself) really want to improve a shared country, they can begin to be an example of the campaign track and in their dialogue. They should reject the desire to lean on insults as their mark. Otherwise, the coming year will be a repetition of the past and even more circus-like than before.

Kimberly Ross ( @SouthernKeeks ) is a contributor to the Washington Exam Beltway Confidential blog and a column at Arc Digital.