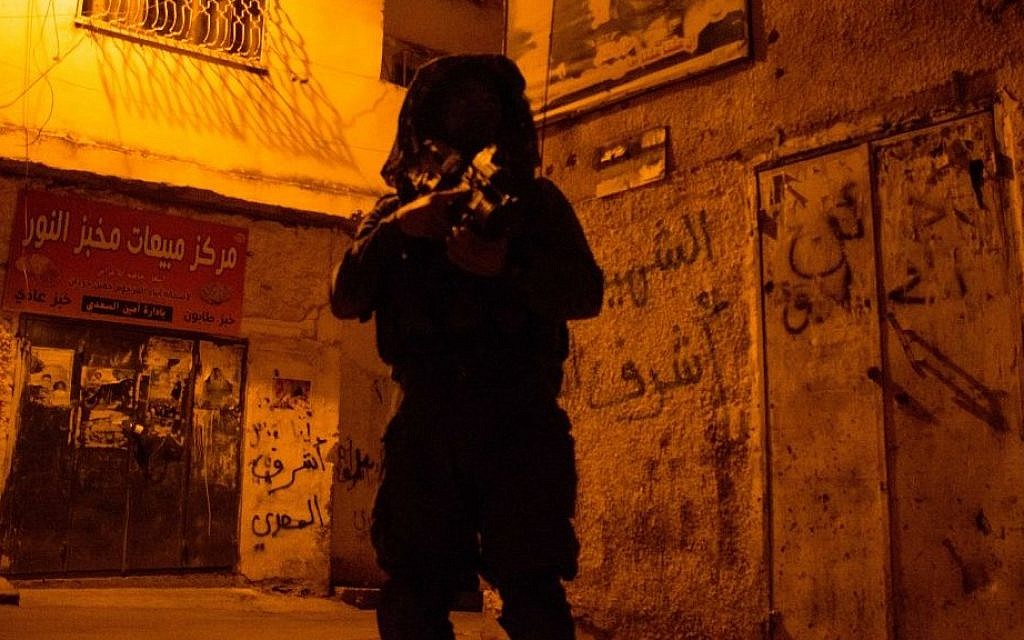 Two officers of the Palestinian Authority’s military intelligence service were reportedly shot Wednesday night in an exchange of fire with Israeli forces operating in the northern West Bank.

A third Palestinian was reported, according to Ukrainian Hebrew media, that a suspected member of the Islamic Jihad terrorist group was also killed in the firefight.

According to Palestinian media, the exchange of fire began when officers in the Yamam Border Police counter-terrorism unit tried to arrest Palestinian terrorist suspects outside the headquarters of the PA Military Intelligence Unit headquarters in Jenin.

The Palestinian military intelligence officers, who were on duty outside the Jenin connection of their service, noted the arrest that was taking place with the Israeli forces operating out of a civilian vehicle and chose to engage, reports said.

It was not immediately clear whether PA officers were aware when they opened fire that those pursuing the suspects were Israeli security forces.

A senior commander of the PA security forces told Palestinian news website Al Quds that the IDF did not warn its soldiers about their Jenin arrest operation in advance.

Yamam officers responded with several rounds of their own, resulting in the deaths of Lieutenant Adham Aliwi, 23, and Captain Taysir Issa, 33, according to the Palestinian Ministry of Health.

According to Israeli media, the Israeli undercover unit still managed to carry out two arrests during the operation. Hebrew media reports named the two terror suspects targeted by the operation as Jamil Al-Amouri and Wisam Abu Zeid, who is believed by Israel to be responsible for shooting attacks in recent months. It is not immediately clear whether the detainees were Al-Amouri and Abu Zeid.

No Israeli troops were injured in the incident, according to reports from Hebrew media.

A spokesman for the Israeli border police did not immediately return a request for comment.

Typically, Israeli troops coordinate their entry into Palestinian cities with PA security forces to allow the latter to withdraw and avoid confrontation. However, miscommunication has been found in the past, leading to IDF soldiers mistakenly targeting PA forces and believing they were terrorist operators.

There have also been cases where individuals in PA President Mahmoud Abbas’ security forces have become crooks and opened fire on Israeli troops unprovoked.

The incident overnight came less than a month after Israeli soldiers mistakenly opened fire on two PA intelligence officers, whom they confused with terrorists as they pulled up to Tapuah Junction in the northern West Bank.

Ahmad Daraghme, a resident of the West Bank city of Laban al-Sharqiya near Nablus, was killed on the spot. His colleague Mohammad al-Nubani was rushed to a hospital in critical condition.

Aaron Boxerman contributed to this report.