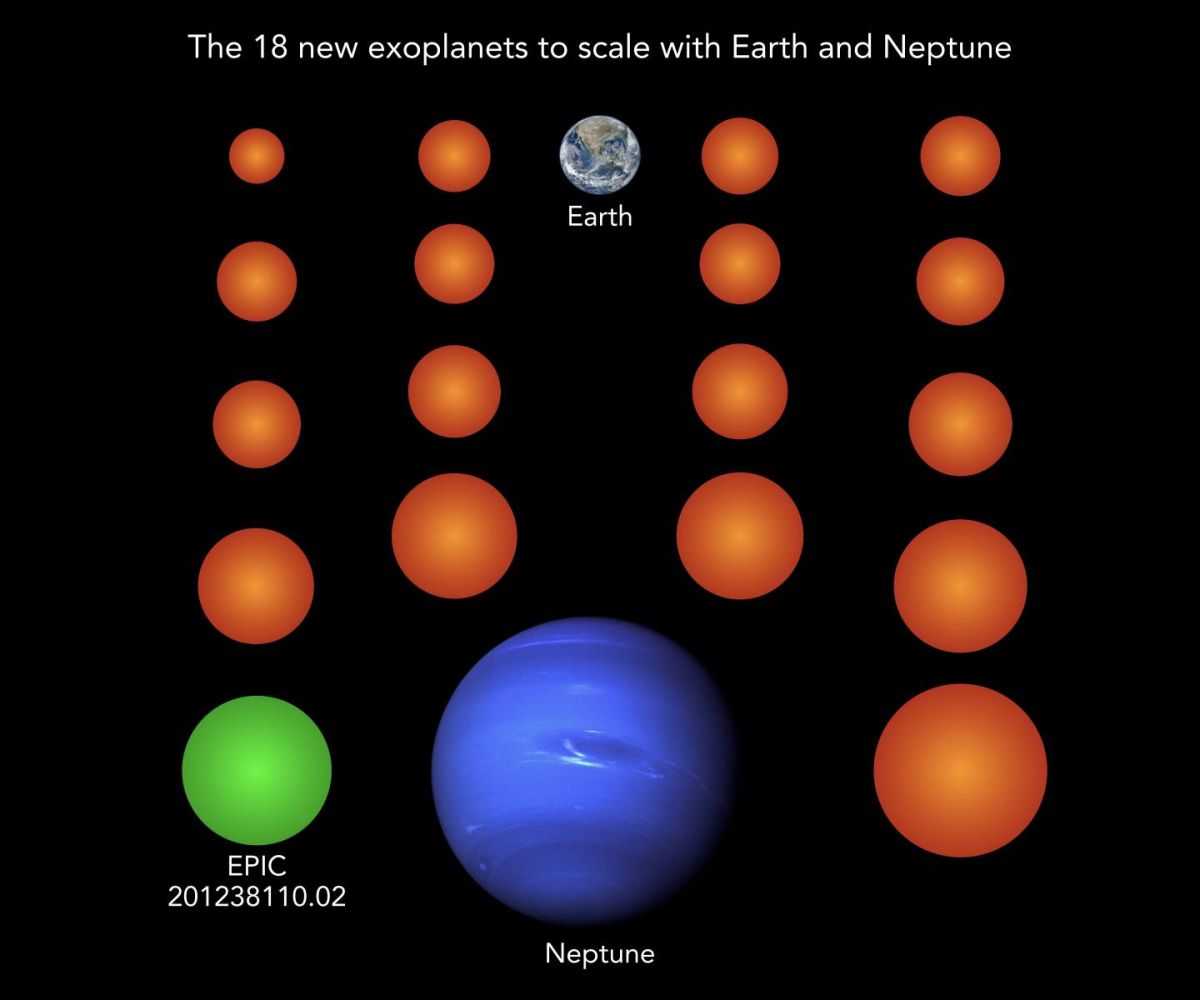 While most of the planets orbit close to their parent stars and have scorching surface temperatures of up to about 1,830 degrees Fahrenheit (1,000 degrees Celsius), one world orbits a small red dwarf star in an area called the "habitable zone." That term is usually defined as the area around a star where a rocky planet can host liquid water on its surface. However, life is never a slam-dunk, and on this world, it would be particularly tricky because red dwarfs put out killer X-rays that could live on nearby planets a challenge, even for microbes. 1

9659002] A new computer algorithm flushed out of the hidden planets from data gathered by K2, Kepler's late-in-life observation program . K2 was developed after several of Kepler's gyroscopes (devices that allow telescope to maintain a consistent orientation in space) had ceased working by 2013 after four years of operations in space, well exceeding their design lifetime.

Scientists figured out how to stabilize the telescope's pointing using the constant pressure of particles streaming from the sun, hopping around from time to time to protect its sensors from solar light. Kepler found its planets using the "transit method," which notices when a planet passes in front of its parent star and produces a drop in brightness.

K2 allowed Kepler to observe 100,000 more stars before the telescope ran out of fuel in 2018, including 517 stars that scientists had already spotted planets orbiting . The researchers behind the new study decided to revise the stars with a new data processing algorithm.

Kepler data identifies exoplanets by spotting the small dips in brightness caused by a planet passing between a star and the telescope. Scientists are still developing new algorithms to try to uncover more planets within that data.

The new algorithm attempted to plot a more realistic "light curve," or pattern of dimming than the planet moves across the face of a distant star . The new planets Heller and his colleagues found range from 70% the size of Earth to double our planet's size. The research team says their new algorithm also makes it somewhat easier to spot small planets amid natural brightness fluctuations of a star, such as those caused by sunspots and other variables in observation. More Earth-size exoplanets might be lurking in the data. Planets that orbit more frequently around a star have a greater chance of being spotted, because they pass in front of the star more often. But planets that are far away might have gone undetected in the data since their crossings are less frequent.

The researchers plan to apply their algorithm to the rest of the Kepler data, and say they can yield up to 100 new Earth size worlds. Two papers based on the research were published this month in the journal Astronomy and Astrophysics.