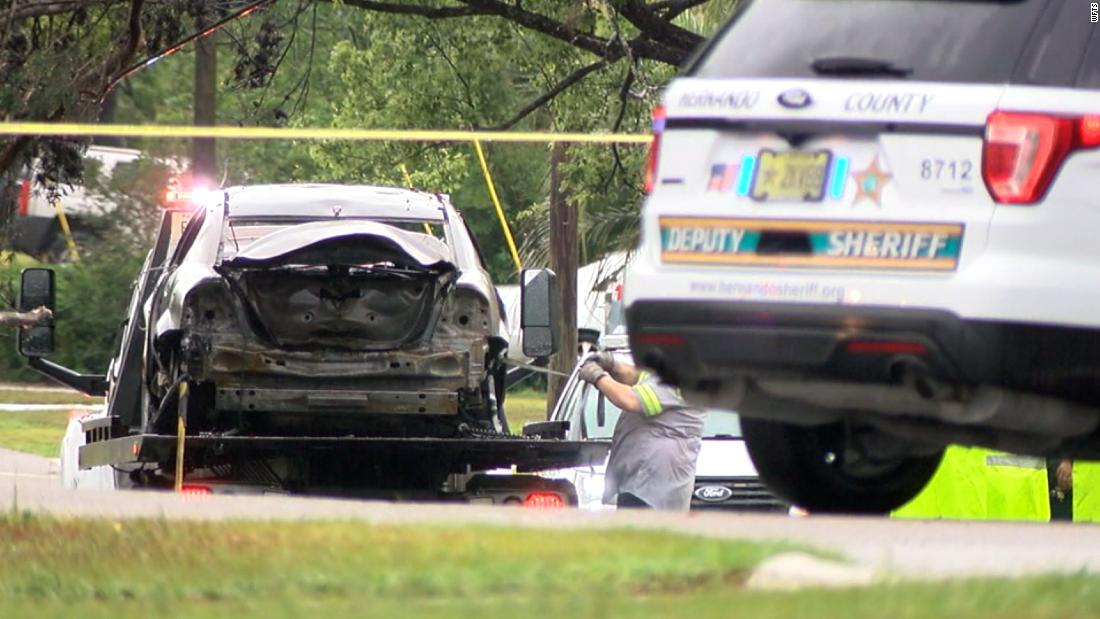 Valentina Tomashosky, 17, was driving in Hernando County Sunday and collided with a power line that was brought down by a fallen tree during severe weather, according to the Florida Highway Patrol.

Investigators said the teenager’s car burned on the driver’s side, so she tried to flee from the passenger side. That was when she stepped on the active line.

“You could see the entire driver’s side was engulfed,” neighbor Maria Patchon told CNN-affiliated WFTS. “Even when the police arrived, they could not get out of the vehicle because the power was still alive. So it was devastating to watch.”

Tomashosky was a senior at Central High School in Brooksville, about 80 miles north of Tampa. She was a cadet lieutenant in the Navy Junior Reserve Officers Training Corps program, according to the Hernando School District.

“Valentina was admired for her dedication to the device, but she was most loved for her happy spirit and her ever-present smile,” said NJROTC Commander Christian Cruz. “Her loss is felt deeply and she will be missed.”

Tomashosky planned to go to Pasco-Hernando State College in the fall to study forensics.

The Vatican warns US bishops over harsh communion proposals