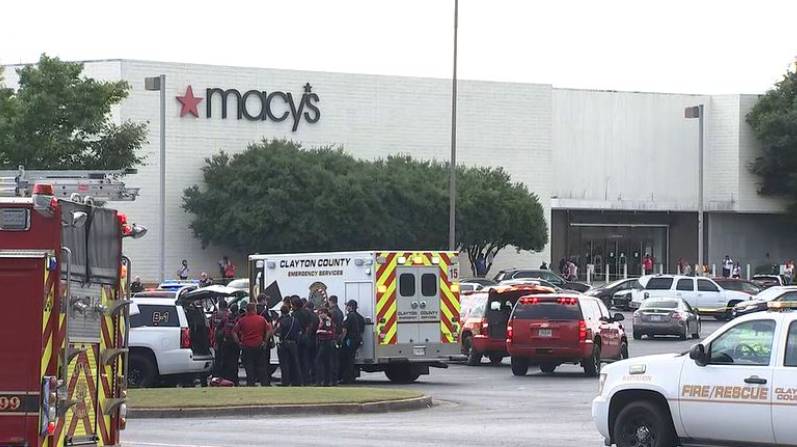 Officers were called out to the mall around 6 p.m. 15 Thursday.

Stay with WSBTV.com and tune in to Channel 2 Action News RIGHT NOW for the latest on this evolving story.

Investigators told Channel 2s Richard Elliot that there was a kind of fight inside the mall that moved out to the parking lot.

Officers said at least 20 rounds were fired between two groups of people.

NewsChopper 2 flew over the stage and showed several police cars in the parking lot and several ambulances in the mall.

Police said a man was hit in the inner thigh and has non-life-threatening injuries.

Seven people tied to the shooting have also been detained.

Elliot remains on the scene and talks to investigators and witnesses about the shooting.